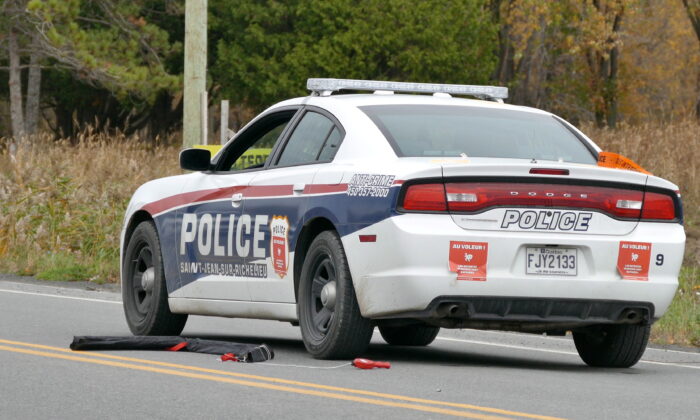 A police cruiser is seen at a crime scene in Saint-Jean-sur-Richelieu, Quebec, in a file photo. (The Canadian Press/Pascal Marchand)
Canada

Quebec police say the gun used to kill three people in the Montreal area this week was acquired illegally.

Provincial police spokeswoman Geneviève Gagnon says 26-year-old Abdulla Shaikh, who is suspected of killing the three men at random, did not have a firearms license.

But she says police still don’t know how he obtained a gun.

Shaikh was killed by Montreal police Thursday morning, he is suspected of killing three men within a period of about 24 hours.

Quebec’s mental health review board ruled in March that Shaikh, who was under the supervision of a mental health hospital after being found not criminally responsible in a November 2018 mischief case, posed a “significant risk” to public safety, but allowed him to continue living in the community.