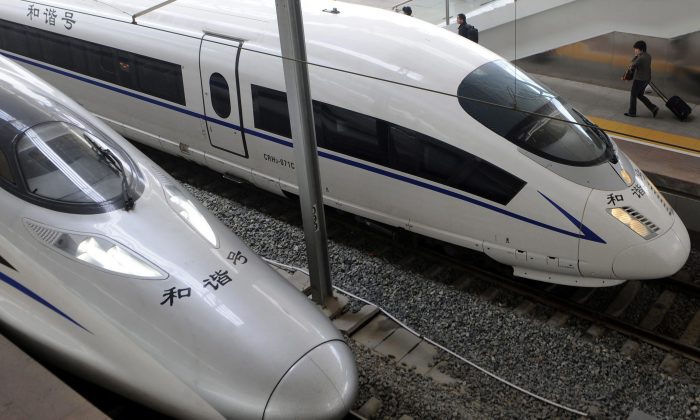 OTTAWA—The deal is done, but what does it really mean?

There was no press conference, very little discussion, and Minister of Trade Ed Fast didn’t seem inclined to take questions from the press.

It’s one of the most controversial trade deals Canada has ever signed and it comes with a long list of unanswered questions, such as what impact will an investment deal have in China, where laws that are exempt from the deal are geared against foreign companies.

Coincidentally, the U.S. Chamber of Commerce published a report three days before the Harper government announced that the Canada-China FIPA had finally, after two years, been ratified.

The report gives a grim review of how the Chinese regime regulates the business environment there. Under the terms of the FIPA, those laws are pre-existing measures—meaning no matter how unfairly they target Canadian companies that set up shop in China, they’re deemed legit.

The report, “Competing Interests in China’s Competition Law Enforcement,” details how China’s Anti-Monopoly Law (AML) and the organizations that enforce it end up targeting foreign firms in a way that shores up the regime’s industrial policy.

Canada and other countries have their own anti-monopoly or antitrust laws designed to make sure companies don’t grow so large as to control an entire market or use their weight to punish smaller companies trying to get a share. But China’s version of AML adds a socialist twist that makes it unrecognizable.

According to the chamber’s report, “competition law is a tool for Chinese policymakers in shaping the ‘socialist market economy.'”

China’s AML has provisions that lay out a special role for state-owned enterprises (SOEs), the giants of industry like China National Offshore Oil Corporation that dominate important sectors in China.

China wants foreign firms to invest in the country, and the report notes the continued growth of foreign direct investment in China.

“However, part of the impetus for enacting the AML was to reduce the influence of foreign companies in the Chinese economy, and to protect domestic favorites from competition that might constitute a threat to their growth,” reads the report.

The chamber has repeatedly sounded a clarion call about the punishing realities of China’s indigenous innovation policies. This set of laws and industrial policies include the AML and are meant to give domestic firms, especially SOEs (which are owned and controlled by the Chinese Communist Party), a dominant position over foreign firms.

In 2010, the chamber’s China lead, Jeremy Waterman, co-author of the report, told the U.S. Trade Commission how the Chinese regime was using indigenous innovation policies, including AML, to transfer foreign technology to Chinese firms.

“China appears to be using the AML to promote industrial policy goals, even at the expense of competition—the very goal that other countries’ competition laws are designed to enforce,” concludes the report.

SEPs refer to patents related to industry standards, like the exact material used for a turbine blade in a jet engine. Normally SEPs are acquired by a standard organization so all companies can comply with the standard without a specific patent holder making a fortune from companies that are basically forced to use that patent.

In China’s case, the regime has seen fit to deem some patents SEPs as a way to give domestic firms like Huawei leverage when negotiating rights to use patents held by companies like Motorola and Nokia.

The end result of these policies can be a dramatic shift of fortunes whereby Chinese firms undergo a rapid evolution without having to invest in decades worth of research and development.

That’s been the case for rail companies, Waterman noted in 2010.

“The technology transfer of foreign companies has helped Chinese companies to become global competitors in rail,” he told the U.S. Trade Commission.

A perhaps more disturbing trend in China that the FIPA may help with is the lack of due process that leaves some companies denied proper legal counsel when under review by China’s Ministry of Commerce. The ministry often forces foreign companies to make concessions in merger reviews, or to get market access.

But even if the FIPA can help in such circumstances, it’s unlikely companies will resort to it.

That’s because of a reality that the chamber’s report also takes note of.

In other words, companies could challenge punitive and unfair laws, but the price they could pay could make winning a moot point.

Canada’s International Trade department acknowledges that under the Canada-China FIPA, the AML and already existing similar laws and policies will not be cancelled out by the deal.

“However, China is obligated to apply such measures, including anti-monopoly laws, no less favourably to Canadian investors than they would to any other foreign investors,” reads a statement from the department.

It’s not the blanket assurance that critics of the deal are looking for. But for Canadian investors facing the grim realities of official abuses in China, it’s better than nothing.