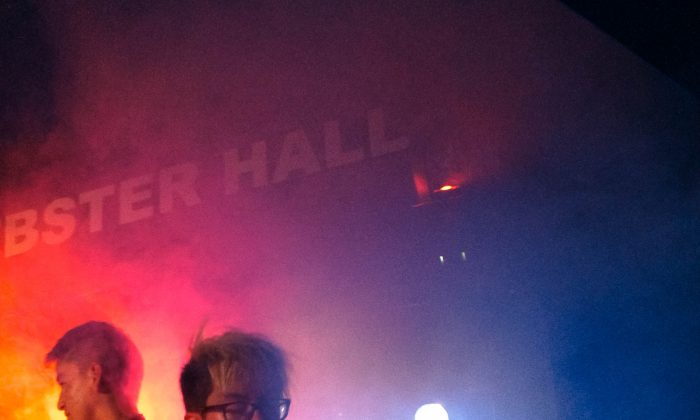 Finish Ticket gave their first headlining set at The Studio at Webster Hall Wednesday night in New York City as they promote their debut album Tears You Apart. The band from San Francisco, California has opened up for acts in the past Ed Sheeran, The Kin and The Mowgils.

As each member slowly came on stage, they didn’t seem intimidated nor fazed by the primarily screaming female fan base. The breezed breezed through their hour long set as they performed “In The Summer,” “Tranquilize,” and “Numb.”

Sarah Borrello was the first of two openers for Finish Ticket as she performed tracks from her album Exit. Although she displayed a quick sense of humor in between songs, her demeanor changed as she performed “Unhinged” and “Warm Blood” which highlighted her passion and honesty towards her lyrics.

Green Or Blue followed and provided a set that primarily consisted of love songs much to the delight of the audience.

Finish Ticket closed their set with a rendition of The Killers “When You Were Gone.” After the show was over, the band came out to take pictures and sign CD’s and autographs with their fans.