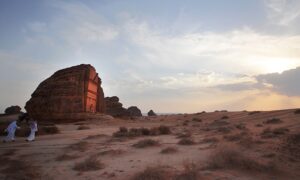 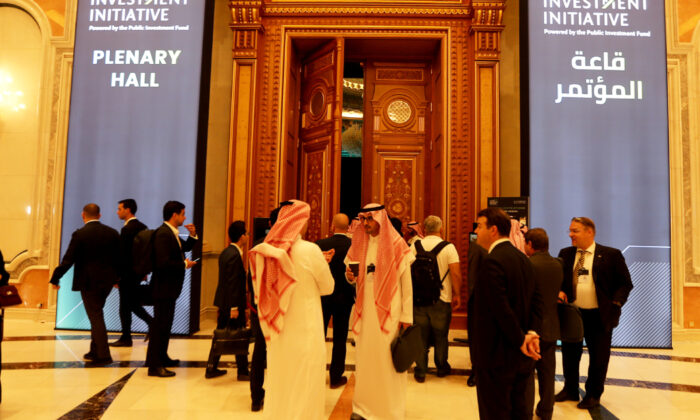 Saudi Arabia said it signed more than two dozen investment deals worth $15 billion in total, mostly in manufacturing, as the kingdom strives to show Crown Prince Mohammed bin Salman’s diversification plan is on track after limited progress since the first FII forum in 2017.

On Oct. 29, bosses of HSBC, Blackstone, BlackRock, Colony Capital, and Evercore were among the crowd at the luxury hotel that less than 24 months ago served as one of the detention centers for more than 200 businessmen, ministers and princes during a corruption purge that had unnerved investors.

The United States sent a big delegation including its energy and treasury secretaries, and senior White House advisor Jared Kushner. Indian Prime Minister Narendra Modi and Brazilian President Jair Bolsonaro are also participating in the Oct. 29-31 event, as is the head of the World Bank.

Prince Mohammed in 2016 launched a plan to transform the economy of the world’s largest crude exporter by developing non-energy industries. But state oil giant Aramco remains the biggest draw for investors eager for news on its initial public offering which has had several false starts.

Aramco CEO Amin Nasser was absent from the conference as he was meeting investors abroad to secure a domestic IPO on Nov. 3 after a delay earlier this month, three people with direct knowledge of the matter told Reuters.

It could be the largest listing in history if the $2 trillion valuation target sought by the crown prince is met.

“There are several Russian pensions funds who are interested to invest in the Aramco IPO and we have also received indications from our Russia-China fund of some Chinese major institutions also interested,” Kirill Dmitriev, head of the Russian Direct Investment Fund, said on the sidelines of the meeting.

In addition to deals announced on Oct. 29, which include a $120 million investment deal between the Saudi Arabian General Investment Authority and BRF Brazil Foods, other agreements include a memorandum of understanding between Samsung and Saudi entertainment resort Qiddiya.

One attendee who declined to be named said that while FII drew more participants this year, “the challenge is to see whether people will continue to come going forward, especially once the Aramco deal is out of the way.”

Some foreign investors have been wary of ploughing money into Saudi Arabia due to concern over its human rights record and the commercial viability of some projects.

But attendees on Oct. 29  said the turnout was impressive and reflected reforms to modernize the largest Arab economy.

Kushner and Modi lauded the kingdom’s reform drive at sessions attended by Crown Prince Mohammed, who has yet to address the gathering.

Kushner urged regional leaders to make tough decisions to secure investment, citing the economic portion of a U.S. Middle East peace plan whose political dimension has not been revealed.

“If things were easy and obvious, they would have been done a long time ago,” he said in a panel discussion.

Jordan’s King Abdullah said in a speech that investment in the Middle East was a “good business opportunity” that would empower a new generation.

Some Saudi women opted not to wear the traditional black abaya covering this year, highlighting social reforms to open up the conservative Muslim kingdom.

“The speed of the change has been phenomenal. We still have a way to go but we have made a tremendous improvement. Allowing women to work in any field was tremendous,” said billionaire Saudi businesswomen Lubna Olayan.

“We’re very encouraged that they’re doing all the right things on the path to be the major hub in the region,” he said.