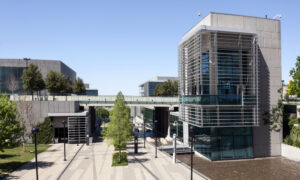 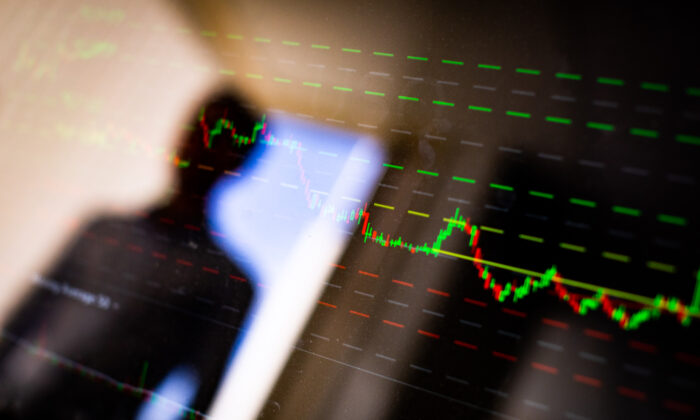 When Jackson Denke, 18, purchases a cup of coffee at Starbucks, he doesn’t do so blithely.

First, he chooses the right credit card: his American Express Gold, which offers the best rewards for food-and drink-related purchases. Then he uses the Starbucks App to grab even more reward points.

“Very rarely do people take even an additional 5 to 10 minutes to consider a purchase: Do I need this TV? Will the convenience of an Uber Eats order outweigh the ridiculous fees and price inflation?” said Denke. “Moments like these are where proper education in finance is absolutely imperative.”

Last year, he created a financial literacy course that now serves over 3,000 students in his home city of Woodland Hills, California. It’s hosted through New Directions for Youth, which offers programs for at-risk youth and families.

“This financial literacy course, though small, is symbolic of a larger change that needs to happen in the United States, and I want to lend my hand in helping however possible,” he said.

“By not teaching finance, the schools are perpetuating the cycle of poverty by keeping people poor and uneducated in the right areas,” he said. “I just want to see a change where it matters.”

Denke, as one might intuit, is not your average teenager.

He’s the manager of Denke Private Equity, an investment management firm he started at the age of 16. He is also the founder and CEO of Analytica Group, an educational company that teaches subscribers how to diversify a wide range of assets—from stocks to fine art and collectibles, such as first-edition comic books and rare playing cards.

He has a talent for languages as well. He can read and write in Latin and Hebrew, and he has a limited working proficiency in Chinese.

“[I] tried to learn Hindi as well, but it was simply too much to retain,” he said.

He kicked off his sophomore year of high school by landing an internship on Wall Street at Neuberger Berman.

“My key take-away from my time at Neuberger Berman was that I would not be entering Wall Street as an industry,” Denke said. “Money isn’t the goal. I’d much prefer to innovate.”

Denke’s mission to promote financial literacy began with a trip to China.

Toward the end of his sophomore year, his school hosted a foreign exchange trip with the Jiaxiang Foreign Language School in Chengdu, Sichuan Province, China.

During his time there, he made friends with Barry, a student who shared his passion for finance and economics.

“However, the big issue with liking stuff related to Wall Street in China was that the information is slim-to-none with the ‘Great Firewall’ they have in place,” he said, referring to the regime’s strict censorship of the internet. “He had no access to the information he wanted to learn about.”

“Not many people have spent as much time as I have scouring the internet for any scraps of financial and economics-related information,” he said.

Denke showed Barry “The Big Short,” a movie that explores the flaws in the U.S. stock market that led to the collapse in 2008. Denke said it took a while to get through the film because he kept pausing and unpausing to explain specifics.

“When I returned to the U.S., I realized that this lack of education in the realm of finance wasn’t just an issue in China—it was one globally,” he said. “But, to make a big change, you have to start locally.”

Denke starts by dispelling a common misperception: “The biggest one, by far, is that it’s complicated.”

“It can be extremely complicated … but only if you make it complicated.”

You can simplify by eliminating what you don’t need to know and focusing on the concepts that pertain to you most, he said. In general, the most important concept to understand is credit.

“It’s absolutely crucial you learn how it works before you start spending money on your credit card like it’s from a Monopoly board set,” he said. “Credit can help keep you wealthy or keep you poor.”

Good credit can help you land bigger loans with lower interest rates, buy a nicer home or car, or offer a better foothold for building a company.

Bad credit, he said, does the exact opposite. It forces you to take on “bottom-of-the-barrel” loans with high interest. It’s much harder to own a home or get a good deal on a car. If one’s credit score drops low enough, improvement could be nearly impossible.

“You’ll not only lack money, but you’ll be, quite literally, pinned in place by your credit,” he said. “It’s almost like a caste system, and [it] needs a complete rehauling.”

It’s critical to plan out how, where, and why you’re going to spend your money. Strategize spending on a daily, weekly, and monthly basis, and avoid impulsive buying, he said.

“Through actions as small as making a grocery and shopping list, you can help avoid losing track of your finances,” he said. “Ultimately, [you’ll] find yourself in a much better situation than if you were to not plan out anything finance-wise beforehand.”

Denke takes students into other topics as well, including investing in the stock market and prioritizing for individual needs (maintaining liquidity of assets or thinking long-term for retirement, for example).

Aside from his own financial literacy course, he pointed to several other online resources. Cousera and EdX are a few, for example, to help novices learn the basics.

“The internet is the single greatest tool that humanity has ever been bestowed, but 99.99 percent of humans take it for granted,” he said. “With a phone that has internet access, it’s like having a library with every book ever written.

“Do your best to learn at least the basics. They’ll take you far.

“Finance can be boring at times. But you know what isn’t boring? A brand new PlayStation that you were able to buy with your good financial moves.”