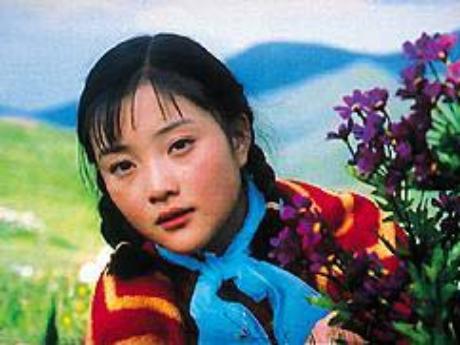 The Cultural Revolution was supposed to sweep away all unfair advantages derived from wealth and social connections, right? Try telling that to a 15-year-old nick-named Xiu Xiu.

As the daughter of poor laboring parents, she cannot buy herself a discharge from her involuntary service in the “Down to the Countryside” Movement.

Unfortunately, her beauty will only attract more exploitation in Joan Chen’s “Xiu Xiu: The Sent-Down Girl,” which will have a special 20-year anniversary screening at the 2017 San Francisco International Film Festival, with the ageless director scheduled to attend.

Co-adapted by Chen and co-screenwriter Yan Geling from Yan’s own novel, “Sent-Down” is narrated by the boy in class who carried a torch for Xiu Xiu, but would not be joining her in the Sent-Down social engineering experience, because his parents were high-ranking Party members.

Much to her trepidation, Xiu Xiu is sent to the occupied nation of Tibet, to learn the sort of animal handling and husbandry skills that were so needed in the big city of Chengdu.

Initially, Xiu Xiu’s early months in the Tibetan base camp pass without incident for her, but the disappearance of her friend Chen Li and the subsequent lack of concern from the authorities obviously holds grim foreboding implications.

Eventually, she is sent to live with gruff horseman Lao Jin to learn horsemanship. Rather awkwardly, she will be sharing his small yurt, but she need not worry about him possibly taking advantage. Remember Jake Barnes from “The Sun Also Rises?” Lao Jin suffered a similar injury—and apparently, everyone knows about it.

However, the taciturn horseman will still fall in love with Xiu Xiu, even though he is incapable of acting on his feelings. While she eventually develops a platonic affection for him as well, she still yearns to return to her family and friends in Chengdu.

Ill-advisedly, she will submit to the sexual demands of several supposedly influential minor officials, in hopes they will facilitate her transfer. At such times, the heartbroken Lao Jin is forced to watch in a literal state of impotency, as Xiu Xiu is horribly misused and abused.

This might be the most gut-wrenching portrayal of love ever portrayed on screen. Yet, it also might be the purest cinematic manifestation of love as well. Rarely, has a film so lovely to look at been so difficult to watch. Accomplished cinematographer Lü Yue (who also directed the Cultural Revolution-themed drama “Foliage“) soaks up the stunning Tibetan vistas and makes the crimson reds of Xiu Xiu’s wardrobe pop off the screen. However, he also forces us to watch her victimization from an intimate vantage point, just like Lao Jin.

Li Xiaolu (then billed as Lu Lu) gives an absolutely heart-stopping performance as Xiu Xiu. Frankly, she can be a bit immature at times, which is why she is so convincing as a 15-year-old girl shipped off to the Steppe to satisfy the Gang of Four’s perverse ideological caprices. However, Lopsang might even be more devastating as the physically and spiritually wounded Lao Jin.

Chen is an exquisitely sensitive director, yet she never waters down Xiu Xiu’s reality, sparing viewers none of her suffering. It really packs a wallop, because Chen and editor Ruby Yang (the Oscar winning documentarian) never cop out on us.

It is not hard to see why the Party used the film’s lack of bureaucratic approvals for shooting on-location in Tibet to censor it on the Mainland. Nevertheless, “Xiu Xiu” went on to nearly sweep the Golden Horse Awards (Taiwan’s Oscars).

Having a chance to watch it with Chen in attendance would be a pleasure and a privilege Bay Area residents should absolutely not pass up, when the San Francisco International Film Festival holds its special anniversary screening this Saturday (April 8).