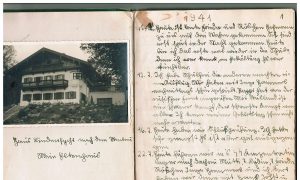 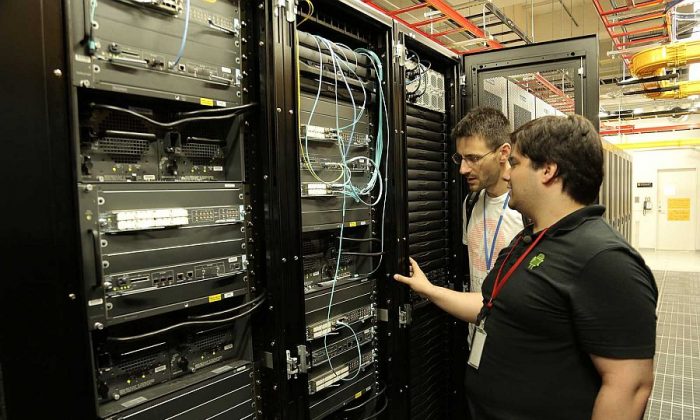 Mark Karpeles showing director Nicholas Mross the Mt. Gox bitcoin servers in Tokyo, Japan, in a scene from the documentary “The Rise and Rise of Bitcoin.” (Fair Acres Media)
Entertainment

Film Review: ‘The Rise and Rise of Bitcoin’

A primer on an alternate currency
By Joe Bendel

In the near-ish future, hyperinflation, Gresham’s Law, and even central banking as we know it might become relics of the past. We are not there yet, but the silver bullet might already be out there in cyberspace.

It is called bitcoin, and it is not just for Libertarian eggheads anymore. Nicholas Mross documents the genesis and prodigious growth of the digital currency in “The Rise and Rise of Bitcoin.”

Presumably writing under a pseudonym, “Satoshi Nakamoto” sketched out the principles of the decentralized bitcoin infrastructure, integrating pre-existing technologies in revolutionary ways. Finite in number, bitcoins would be “mined” by those who lend their computing resources to process bitcoin transactions. Mross’s brother Daniel was one such early adopter, whose bitcoin evangelism provided the impetus for “Rise.”

As director and co-writer, Mross provides a lucid explanation of the bitcoin system and an authoritative history of its formative years. However, he spends a disproportionate amount of time chronicling the bitcoin mining experiences of his brother, who seems like a really nice guy, but will probably mostly be remembered in the bitcoin history books for inspiring the currency’s first feature documentary.

Unfortunately, the news cycle did not do Mross any favors either. He was able to tack on an epilogue addressing several late-breaking developments that bear quite directly on the bitcoin narrative, but it is clearly a rushed job that lacks the depth of the prior segments. You cannot blame anyone—it is just a documentarian’s worst fears realized.

There is still good history and analysis in “Rise,” but one wishes he had gotten even more fundamental, by measuring bitcoins against William Stanley Jevons’s textbook functions of money: a medium of exchange, a measure of value, a standard of deferred payments, and a store of value.

Although bitcoins are not universally accepted, you could probably use them for all your daily shopping in certain New York and Bay Area neighborhoods, so yes, it increasingly serves as a medium of exchange. Bitcoins are commonly listed in most market reports, so they can technically serve as a measure of value, but the extreme volatility that Mross chronicles makes this slightly problematic in practice.

Clearly, the store-of-value question remains the thorniest and will continue to be, as long as bitcoin holdings are vulnerable to hacking or the collapse of exchanges (as happened in the notorious Mt. Gox case, which factors prominently in the third act). Without that sense of security, it is hard to envision widespread acceptance of bitcoins as a means of deferred payments.

According to Mross’s creation story, the first recorded bitcoin transaction was 10,000 bitcoins in exchange for two Papa John’s pizzas. One would think Mross would have revisited the relative price of those pies to illustrate the bitcoin’s dramatic increase in value, but evidently that was too gimmicky for him.

There is a great deal of food for thought in “Rise,” but ultimately Mross strives too hard to humanize the tale. Recommended as a primer on digital currency, “The Rise and Rise of Bitcoin” opens Oct. 3 at the Quad Cinema in New York.