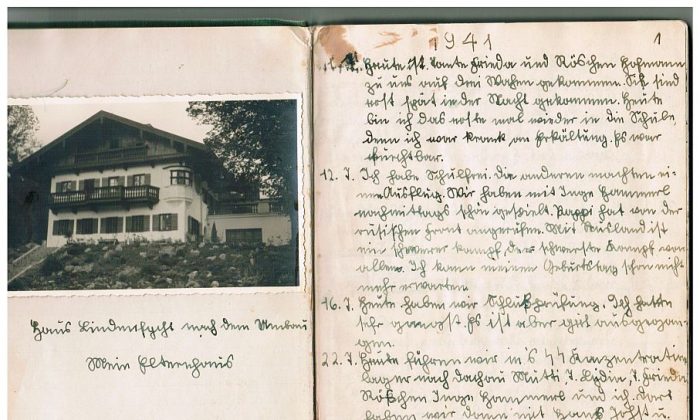 Heinrich Himmler, in his own words
By Joe Bendel

It is sort of like watching Hell’s production of A.R. Gurney’s “Love Letters,” because its correspondents have certainly earned damnation. Utilizing a cache of previously unseen letters and documents written by Heinrich Himmler and his family, documentarian Vanessa Lapa paints an uncomfortably intimate portrait of the Holocaust architect. Himmler proves just how banal evil can be in “The Decent One.”

The U.S. servicemen dispatched to retrieve whatever documents remained in the Himmler family safe kept them as souvenirs instead. Through some circuitous route, they eventually came into Lapa’s possession. To a historian, they represent a wealth of primary sources, but they should not stoke revisionist fears. Despite Himmler’s conscientious concern for their young daughter Gudrun, Himmler’s letters to wife Margarete never ameliorate his guilt.

There are moments when their domestic business is interrupted by shockingly off-hand anti-Semitic pronouncements (often on Margarete’s part), but the first half of the film largely consists of maddeningly prosaic correspondence and journal entries. Still, when Himmler suggests that he and Margarete should number their letters, it arguably foreshadows his sinister efficiency (but it must have been a great help to Lapa and her research team).

Not to be a spoiler, but Lapa eventually uses Himmler’s own words to establish his knowledge and culpability with respects to the Holocaust. Of course, all reasonable people of good conscience understand that already. She also exposes the hypocrisy of his outward righteousness through letters to his longtime mistress, but infidelity is the least of his sins.

Frankly the tangential approach of documentaries like “Decent” risk losing sight of the big picture’s enormity. Perhaps this generation really needs a documentary that launches a frontal assault, overpowering the viewers with the scale and severity of suffering caused by the National Socialists, especially considering the rise of anti-Semitism in Western Europe and the Middle East.

Lapa’s film is skillfully constructed and undeniably well-intentioned, but it is unlikely to inspire many epiphanies. It is good that greater historical background and context is now easily available, but it probably should not be the first or last film students see on National Socialist crimes against humanity.

Respectfully recommended for viewers who already have a strong grounding in Holocaust history, “The Decent One” opened Wednesday, Oct. 1, at New York’s Film Forum.