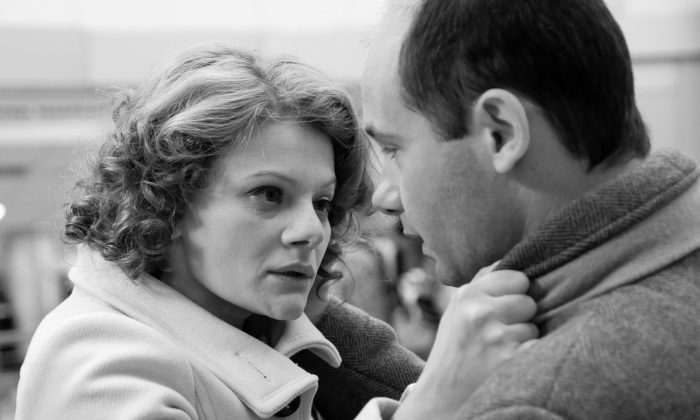 Personal ambitions in a police state
By Joe Bendel
Print

In communist Romania, it was not what you knew, but who you knew and whether you informed on them. One gifted mathematician will prove the point in Andrei Gruzsniczki’s “Quod Erat Demonstrandum,” which screens during this year’s New Directors/New Films, co-presented by the Film Society of Lincoln Center and MoMA.

Sorin Parvu is a genius, but he is not a Party member. Hence, he has not been allowed to publish or complete his Ph.D. Increasingly frustrated, he somehow manages to smuggle a paper to a Western academic journal. It has absolutely nothing to do with politics, but the Securitate still has a fit when it is printed.

Ironically, the man tasked with investigating Parvu is largely in the same boat. Alexandru Voican is overdue for a promotion, but his commanding officer holds him back for the sake of his own convenience.

Voican quickly uncovers a link between Parvu and Elena Buciuman, a married colleague, whom he has long carried a torch for. Ever since her husband defected while attending an academic conference in France, Buciuman has jumped through bureaucratic hoops, fruitlessly trying to obtain the necessary permits to join him. It is exactly the sort of weakness that Voican intends to exploit in his campaign against Parvu.

One of the most striking aspects of “QED” is the characters’ lack of ideological motivation. Parvu is clueless when it comes to politics. Frankly, none of it would have come to pass had he been allowed to pursue his work for the greater glory of Romania.

However, there is no denying the realities of communism that Gruzsniczki so drably recreates. Shortages, blackouts, and the trappings of former Romanian president Nicolae Ceausescu’s personality cult are ever-present and inescapable.

While powerfully conveying the oppressive tenor of the time, “QED” still manages to be a remarkably subtle drama. Much is exchanged in glances, and hearts are forced to break with quiet restraint. Sorin Leoveanu and Ofelia Popii develop genuine screen chemistry as Parvu and Buciuman, projecting a real sense of their years of ambiguous shared history.

“QED” is exactly what the doctor ordered for Romanian cinema. Granted, it hardly wears its heart on its sleeve, but it is still a tightly focused, emotionally engaging film, with real stakes involved for all its characters. It is an accomplished work of cinema and an uncompromising examination of the everyday details of Ceausescu’s police state, with particular credit also due to Christian Niculescu’s design team.

Potent fare for both mind and soul, “Quod Erat Demonstrandum” is highly recommended when it screens Saturday, March 22, at MoMA as part of New Directors/New Films.