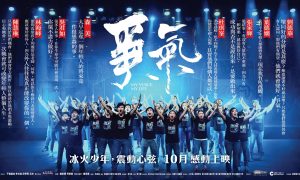 Film Review: ‘I Touched All Your Stuff’

Strictly speaking, Christopher Kirk was not catfished or anything of the like. He knew the woman he called V. in the flesh, but she still played him for a sap. Truth is a slippery notion when it comes to their odd tale. One murky thing leads to another, resulting in a Brazilian prison sentence for Kirk. It is there María Bühler and Matias Mariani interviewed him for their documentary investigation-meditation “I Touched All Your Stuff,” which screened during the Museum of the Moving Image’s 2015 First Look (this year’s coverage is brought to you by the letter “I”).

Blame Pablo Escobar or maybe Keith Olbermann. Even if they are not directly at fault, they make the story even weirder. Kirk had done a number of interviews with media types like Olbermann after a house-sitting friend wrapped everything in his apartment with aluminum foil (leaving a note with the titular taunt).

Kirk had already grown weary of the rat race (seriously, as an IT guy in Olympia, Washington?), so on a half-planned whim, he set off to visit a buddy in Colombia and see Pablo Escobar’s hippos. As the last remnant of the drug lord’s private wildlife park, the transplanted hippopotamus colony has grown and thrived in their new Colombian climate. At least things turned out well for them.

Kirk lost interest in the hippos when he met V., a more demur and studious acquaintance of his buddy’s party girl friends. Half Japanese and half Colombian, she is by all accountants quite stunning, but viewers will not know for certain, because every surviving picture of her is blurrier than the average Big Foot photo. Of course, that is also part of the film’s intrigue.

Kirk is a natural born storyteller and Bühler an Mariani have a keen sense of the film’s narrative structure, allowing the strangeness to steadily escalate.

For a while Kirk and V. maintained a pretty heavy long-distance relationship. Yet, in retrospect, Kirk identifies odd little moments he should have paid more attention to. Regardless, he could not ignore the suspicious circumstances when he started meeting her dodgy friends. Still, she kept him on the hook, because of obvious reasons.

Kirk is a natural born storyteller and Bühler an Mariani have a keen sense of the film’s narrative structure, allowing the strangeness to steadily escalate. However, viewers should be cautioned not to emotionally invest in Kirk as a tragic protagonist. After all, he is in prison for something.

“Stuff” is the darnedest doc. Bühler and Mariani do not exactly connect every dot in V. and Kirk’s mysterious lives, but the combination of what they know for sure and their working assumptions feels like 90 percent of the truth. Of course, that confounding ten percent is what fascinates and nags at the viewer.

Film Review: ‘My Voice, My Life’

There are probably a few too many scenes of skype and IM chats in “Stuff,” but its inherent mysteries and general attitude are quite compelling. Consider it a post-modern excursion into true crime or a documented urban legend. All that’s missing is a man with a hook.