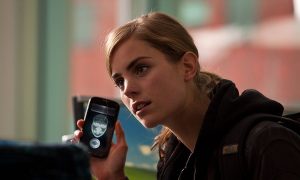 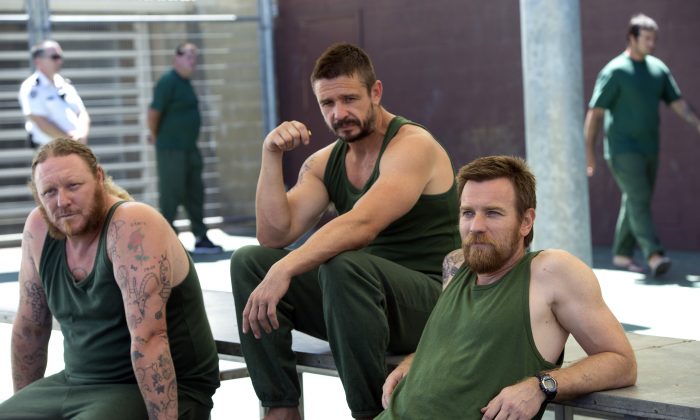 Film Review: ‘Son of a Gun,’ Get out of Jail and Get Rich

There is a long cinematic tradition of gangsters and gunmen who were short of stature, but long on presence. Scottish Ewan McGregor follows in the footsteps of less-than-towering giants like Edward G. Robinson as hardboiled Australian lifer Brendan Lynch, delivering a batch of rather charismatic villainy in Julius Avery’s “Son of a Gun.”

It is unclear whether JR and his feeble excuse for a moustache will survive prison, but his roommate is a certain goner. Attracting the unwelcomed attention of a hirsute biker rape gang, JR makes a deal for protection from Lynch and his associates.

In return, once he is paroled, the kid will arrange the details of Lynch’s escape and serve as his management trainee assistant thereafter. Frankly, JR could use some direction, so this arrangement is win-win for him. Then he gets an eyeful of Tasha, one of the Russian women “kept” by Lennox, the Euro crime-boss who finances Lynch’s operations.

Naturally, Lennox has a job for Lynch once he is at-large: an honest to gosh gold mine. The logistics will be a mess, but Lynch and his cronies need the money and are itching for action. After all, what could go wrong, aside from that thing with Tasha and Lynch’s generally erratic nature?

“Son” is a pretty entertaining little shoot ’em up, almost entirely thanks to McGregor. Grizzled but wiry, he has the presence of a coiled spring, ready to launch at any moment. He seriously projects a sense of potential danger, making up for his lifeless appearance in “Osage County.”

Unfortunately, Brenton Thwaites could not possibly be any duller, truly fading into the background as the dumb and inexperienced JR. Frankly, it is still unclear whether Alicia Vikander will really cross over. She seems uncomfortable vamping it up as a femme fatale, but her Tasha has enough intelligence and poise to totally out-class Thwaites.

Regardless, when Avery is getting down to criminal business, “Son” works pretty well. The escape sequence is impressively mounted and might just give other potential accomplices ideas. Likewise, the big heist also qualifies as well-staged bedlam.

However, during quieter times, the film is conspicuously overwritten. Avery drives a bit about chimps and bonobo monkeys so deeply into the ground, you’d think he was drilling for oil.

“Son” is never really surprising, per se, but it executes its crosses and double-crosses with admirable energy. Nobody is slacking off here, except maybe Thwaites’s facial hair, but McGregor truly takes possession of the film.

We really haven’t seen him stretch out in this direction before, but he pulls it off. Recommended overall for fans of prison-heist-noir hybrids, “Son of a Gun” opens this Friday, Jan. 23, in New York at the Quad Cinema.