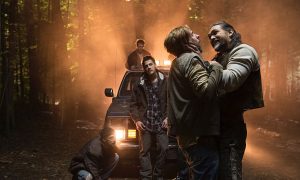 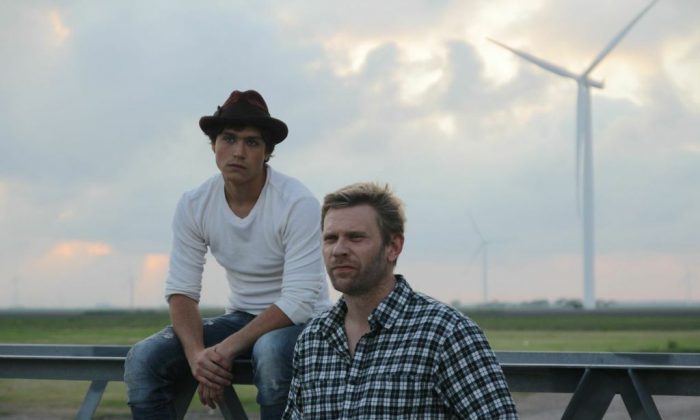 Looking for work? You might consider moving to Texas. The state unemployment rate is a full point lower than New York, and a cotton mill in the middle of scrub-grass nowhere is about to have a number of vacancies.

It also happens to launder dirty money. Would that be a problem? It will be for the earnest but not too bright Bobby.

He and his friends will be forced to waylay the next big cash delivery on behalf of their unscrupulous boss. Expect a double-cross or two in Simon and Zeke Hawkins’s “Bad Turn Worse” (also known as “We Gotta Get Out of This Place”).

Bobby (Jeremy Allen White) is not as smart as his best frenemy B.J.’s girlfriend Sue (Mackenzie Davis), but they will both soon go off to college, leaving him and the town behind. For a last hurrah, B.J. boosts 20 grand from their boss Giff’s safe for a celebratory weekend in Corpus Christi. They have a wild time, in an awkward kind of way, but will have to pay for it when they return.

Although Bobby and Sue were not involved in the original theft, they are still on the hook with Giff (Mark Pellegrino). Technically, it was not his money B.J. pilfered. It belonged to Giff’s boss, Big Red. Rather than restitution, Giff demands a repeat performance on his behalf, but at a time when a major cash shipment will come through.

Being the nice-guy idiot he is, Bobby needs a bit of convincing, but Giff will pressure him at his weakest point: Sue. Of course, if Bobby knew of their feelings for each other, it would really lead to trouble.

Frankly, if Sue is so smart and reads so many crime novels (particularly Jim Thompson, whom the film name-checks in an early scene), you have to wonder what she is doing with a conspicuous heap of trouble like B.J. Still, if you can suspend disbelief that far, “Bad Turn Worse” is a pretty lean and mean little thriller. It has a humid sense of place, a few effective twists, and most importantly a terrific primary villain.

There is no question that Mark Pellegrino steals the film outright as the serpentine Giff. However, John Gries and William Devane also score in brief appearances as the corrupt Sheriff Shep and the dreaded Big Red, respectively.

This is the sort of film where the antagonists have the protagonists completely outclassed and overmatched, but that is not such a bad thing in film noir, or more specifically Texas noir. Poor Jeremy Allen White’s Bobby and Logan Huffman’s B.J. are just buried in the East Texas dust, but at least Davis manages to hold up her end.

The film asks for trouble by invoking Thompson, because it never quite rises to his level of hot-in-the-shade skullduggery. Nonetheless, it is considerably superior to most recent forays into Texas noir, like the wildly uneven “Rushlights.”