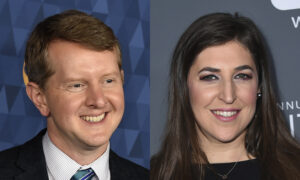 Film Review: ‘A Murder in the Park’

How advocacy journalism subverted justice in Chicago
By Joe Bendel

It was like the Grisham novel John Grisham would never allow himself to write. To undermine the death penalty, a justly convicted death row murderer was wrongfully exonerated. Of course, that meant an innocent man had to be framed in his place. The result was a stunning two-fold miscarriage of justice laid out in Shawn Rech and Brandon Kimber’s rigorous documentary “A Murder in the Park.”

As the film’s interview subjects lay out pretty clearly, in 1983 Anthony Porter murdered Jerry Hillard and Marilyn Green in a Chicago park. During the course of a thorough investigation, the police concluded Porter was indeed the killer, but the prosecutor sent them back to further buttress the case. Porter was subsequently charged, convicted, and sentenced to death.

However, at the last minute, David Protess, a Northwestern professor, and his investigative journalism class stepped forward with apparently exculpatory information. The media embraced his narrative, building a groundswell to successfully end capital punishment in Illinois.

There is plenty of blame to go around in this sad story.
What Protess’s shady private detective Paul Ciolino did to extort a false confession from their fall-guy, Alstory Simon, is beyond shocking and outrageous. It is simply flabbergasting. Of course, Simon’s attorney, Jack Rimland should have objected. He also should have disclosed his close association with Protess and Ciolino.

Yet, Simon was not the only victim of Protess and his accomplices. The police officers who had worked the original case faced potential ruin when Porter sued them, along with the city of Chicago.

As longtime veterans of true crime television, Rech and Kimber know what a proper investigation should look like. They reconstruct the events in the Porter-Simon affair with all the thoroughness and deliberation lacking from the version of events prepared by Protess and his students.  Point by point, they show how Team Protess ignored key witnesses, browbeat others into minor concessions, and used fraudulent evidence and physical intimidation against Simon while he was under the influence of narcotics.

This is a damning film, but it should not be the end of the story. Usually, when cops are caught planting evidence, all their past cases are reexamined. Surely, the same standard should apply to Protess and his “exoneration mafia,” including Shawn Armbrust, who is currently executive director of the Mid-Atlantic Innocence Project. Every case she ever argued should be scrutinized anew, based on what we know of the conduct of the Protess team.

There is plenty of blame to go around in this sad story, starting with a gullible media that Protess played liked a virtuoso. In contrast, Rech and Kimber, along with William Crawford, whose book served as a blueprint for the film, deserve enormous credit for asking the tough questions and doing the follow-up work.

It is worth noting that many of the controversial participants in the intertwined cases declined invitations to appear in the film, so viewers should judge the absence in that light. Some documentary purists might also object to the frequent use of dramatic recreations, but they are helpful in establishing contested spatial relationships on that fateful night.

The result is a staggering and infuriating expose of advocacy run amok. Very highly recommended, “A Murder in the Park” opens June 26 in New York, at the IFC Center.