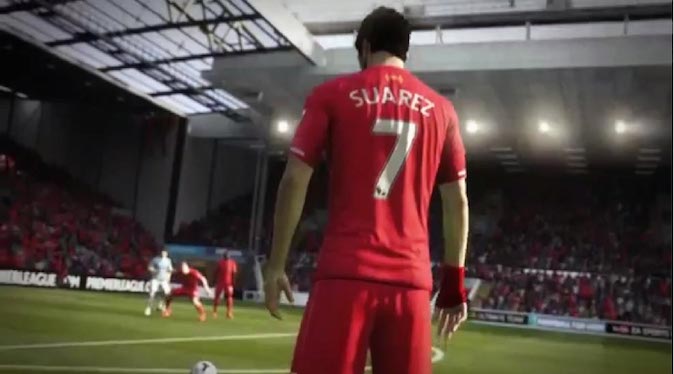 FIFA 15 was unveiled at E3 on Tuesday, along with the official trailer.

EA will release the game on September 23, 2014 in North America, and 25 September in Europe.

The game will be available for next-gen (PlayStation 4, Xbox One) and current-gen consoles (PlayStation 3, Xbox 360), as well as for the PC.

The PC version will feature next-gen graphics. This means that the game will be running at 1080p at 60fps, so some solid hardware is required.

“We had to make sure that the PC version was high-end, because that’s what people seem to want.”

“The leap from gen 3 [current-gen] is massive. Presentation is night and day different,” Channon continued.

“It’s a completely unique system. The variety in the gameplay and the animation and the fluidity this year.”

“That leap is a very big one,” Channon concluded.

Here are the recommended and minimum specs for the PC version, according to PC Gamer: