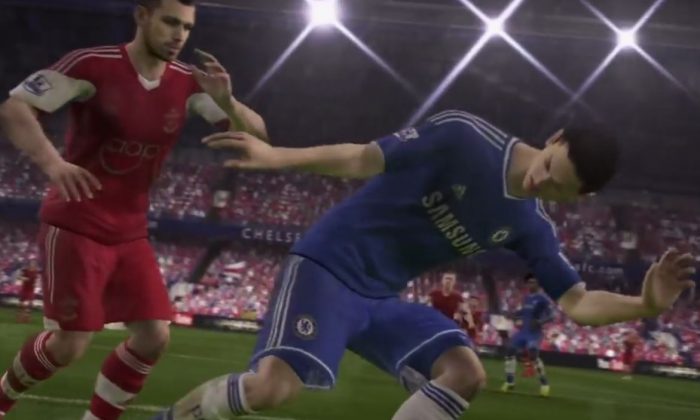 The FIFA 15  player ratings of some top football players could have been leaked.

If the information is accurate, it seems like Messi and Ronaldo are join best players in the game with 94 overall ratings.

Luis Suarez gets a four-point boost from FIFA 14, and now has a 90 overall rating. New Real Madrid player and World Cup 2014 star James Rodriguez gets a three-point jump to 86 overall.

Of course, the picture, which has no source, could be totally unreliable. It is not inconceivable that it is a very good Photoshop picture of current player cards with updated ratings.

One tell-tale sign is that all of the players’ photos are identical to their FIFA 14 versions. While EA Sports does reuse some photos, the top players normally get an updated photo. So it is highly suspicious that despite his big move to Barcelona, Luis Suarez appears to be clad in the red of his Liverpool jersey.

Another sign that this could be a fake lies in the design of the player cards, which remain unchanged from their FIFA 14 iteration. Since Ultimate Team was launched, EA does update the player card designs in each year’s version of FIFA.

Eager fans do not have to wait too long to put their favorite players in action, however, since FIFA 15 is slated for a September 23 release.

The soccer simulator will be available on the PC, Xbox One, Xbox 360, PS4, PS3, PS Vita, Nintendo Wii, and Nintendo 3DS.

Check out the minimum and recommended system requirements for PC here.