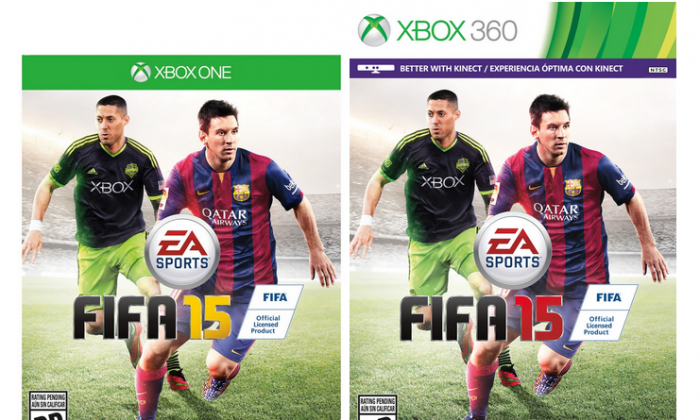 The closed beta for FIFA 15, which is slated to come out in a few weeks, has gone live as of Thursday, according to reports.

The beta invites were sent out a few days ago for the Xbox One and Xbox 360. EA said that fans will receive another email starting Thursday, saying they can join the closed beta, according to High-Def Digest.

The invites are for the FIFA Ultimate Team, Clubs, and Seasons modes. The beta invites also cannot be transfered to another console.

Rob Hodson, the Community Manager for EA Sports, said in a statement that “some FAQ – invites are already sent via email. I can’t change anything about the invite (eg you’ve changed console). If you don’t already have an invite, you’re not in I’m afraid.”

He added: “As per usual – FIFA 15 Closed Beta will not be something you can stream/record/talk/show/etc.”

According to The Daily Mail, Chelsea and Belgium star Eden Hazard will be featured on the game’s cover when it comes out.

He’ll be placed alongside Lionel Messi, the Argentine Barcelona striker.

Hazard said, “I have played FIFA all of my life and it’s a huge honour to be asked to be on the cover of FIFA 15. Now I have played the game I can say it’s the most realistic football game I have seen, so I cannot wait to challenge my friends and team-mates with FIFA 15 and show off the new moves,” according to ComputerandVideoGames.com.