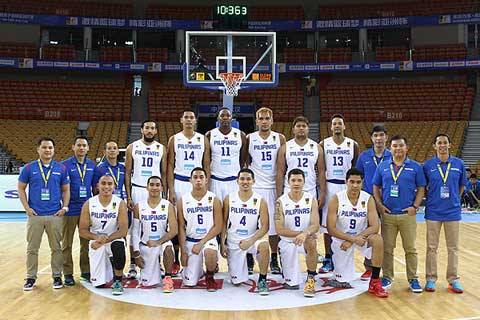 The FIBA Asia Cup wraps up on Sunday, July 19 with the grand final and the third place match.

The Gilas Philippines team has failed to make it to the final after losing to Iran again, so they’ll face China in the third place match at 5:15 p.m. CST (same time PHP) at the Wuhan Gymnasium, where the tournament is being held.

The game will be broadcast on Aksyon TV Channel 41 or TV5.

Chinese Taipei and Iran face off in the final at 7:30 p.m. The winner automatically qualifies for the 2015 FIBA Asia Championship.

The Philippines had a shot at the final but defending champion Iran trumped them 76-55.

“Even without the presence of ace wingman Nikkhah Bahrami and top guard Mehdi Kamrani plus a relatively so-so outing from intimidating slotman Hamed Haddadi, the Iranians still proved too much for the Nationals, complementing their solid defensive stance with the combined explosion from Mohamad Jamshidi and Behnam Yakhchali in carving the dominant victory,” reported Yahoo.

“The 6-foot-6 Jamshidi, 23, led all scorers with 19 points, 14 of them coming in the opening half, while the 18-year-old Yakhchali pumped in all but two of his 18 markers, spiked by four triples, in a brilliant offensive showing in the third canto where the Iranians enjoyed their biggest lead at 20 and completely kept the Nationals at bay.

“Mainstays Ranidel de Ocampo, Gary David and LA Tenorio chipped in 11 points apiece but they still could not prevent the Nationals from falling prey anew to the Iranians, who also defeated them with ease in the gold medal round of the FIBA Asia cage championships in Manila last year.”

See the Gilas roster below.