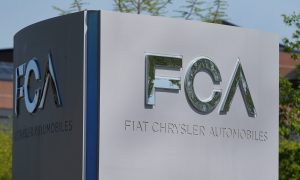 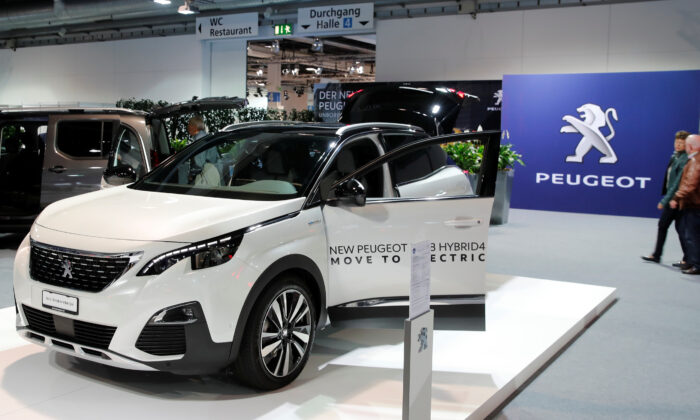 Fiat Deal Would Leave Peugeot CEO With a European Headache

PSA Group and Fiat Chrysler Automobiles NV’s plan to combine into the world’s fourth-largest automaker will face a laundry list of challenges, with the bleak outlook for Europe near the top.

The Peugeot car manufacturer and Fiat mapped out an accord Oct. 31 for a 50-50 Netherlands-based holding company to be headed by PSA Chief Executive Officer Carlos Tavares. They said the deal would lead to 3.7 billion euros ($4.1 billion) in annual synergies without factory closures.

Investors sent PSA shares tumbling as much as 14% after digesting the details, which show the French carmaker paying a premium of around 32%. Fiat shares rose as much as 11%.

The combination would create a global powerhouse and leave Tavares, who has successfully turned around PSA and the loss-making Opel brand it acquired, to figure out how to integrate Fiat’s struggling operations in Europe. The Italian-American manufacturer published earnings Thursday that showed a widening loss in the region.

“Fiat-Chrysler is in a very bad situation” in Europe, said Jean-Pierre Corniou, a partner at SIA consultancy in Paris. Only the American brands, RAM and Jeep are attractive, and the Fiat plant utilization rate is around 50% in some parts of Italy, he said.

The contrast with PSA is striking. Sales of Fiat Chrysler branded cars including Fiat, Jeep, Lancia, Chrysler, Alfa Romeo, and Maserati, fell 10% in Europe during the first nine months of 2019, based on data from the European Automobile Manufacturers Association. At the French carmaker, the second-largest in sales in the region, they were little changed, against an industry decline of 1.6%.

The plan for their tie-up is unfolding at an exacting time for global car manufacturers who are having to grapple with a deepening industry slump and a wall of investment required for new technologies.

The deal would bring together the billionaire Agnelli clan in Italy and the Peugeot family of France. Yet their deep national roots, along with the French government’s 12% stake in PSA, will make slimming down all the more difficult.

France is one of the biggest shareholders of PSA, and while the government has signaled support for a deal, it has also warned it would scrutinize the jobs impact and governance structure of the new company.

The combination makes economic and strategic sense, but “there are significant hurdles to overcome and execution risks,” Oddo BHF analysts wrote in a note. These include headcount and under-utilized plants in Europe as well as the challenge of gaining antitrust clearance for a company that would have a strong presence in France, Italy, and Spain, they said.

Looming large over operations in Europe are tougher rules on emissions that kick in next year. Carmakers’ fleets will have to comply with stricter caps, leaving Fiat vulnerable to future fines. The Italian-American company is a laggard on low-emissions technology, whereas PSA plans to introduce seven electric vehicles by 2021 and offer either electric or hybrid versions of all models by 2025.

Still, Fiat brings PSA a long-sought presence in North America, a market that’s traditionally been more profitable for the car industry. Tavares also has a track record of turning around European automotive operations.

“Tavares’ playbook has been to take on loss-making businesses and fix them, rapidly,” Bernstein analyst Max Warburton wrote in a note. “We believe he can achieve something similar at Fiat in Europe.”

PSA and Fiat said they aim to reach a binding memorandum of understanding in the coming weeks. Goldman Sachs, D’Angelin & Co and Sullivan & Cromwell are advising Fiat Chrysler. Perella Weinberg and Mediobanca’s Messier Maris are advising PSA. The Peugeot family is advised by Zaoui & Co and Lazard is advising Exor.