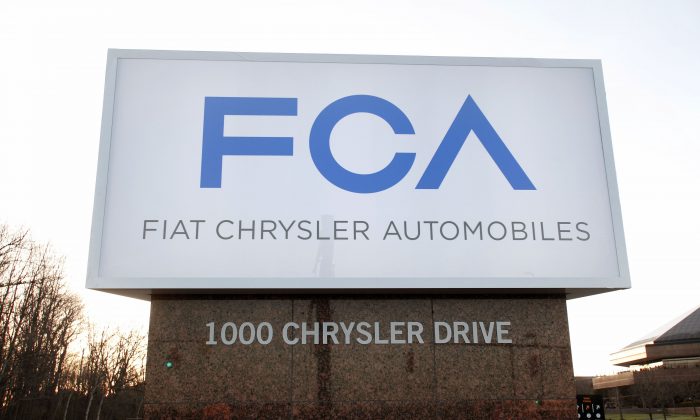 Fiat Chrysler Falls to Loss Amid Cost of Recalls

MILAN—Fiat Chrysler Automobiles NV said Wednesday it swung to a net loss of 306 million euros ($339 million) in the third quarter as it recalculated the cost of a huge recall campaign in North America.

Fiat Chrysler increased by 761 million euros the estimated cost of future recalls in the United States and Canada after revising its actuarial method. The mass-market carmaker, which is spinning off its sports car unit Ferrari, said the quarterly loss compared with a net profit of 174 million euros for the same period last year.

CEO Sergio Marchionne said that recall costs, which had previously appeared to be anomalous, “will be much more structural, at least for the foreseeable future.”

Fiat Chrysler has faced a tumultuous year of conflict with U.S. government regulators. The National Highway Traffic Safety Administration in July hit Chrysler with a record $105 million penalty for violating laws in 23 recalls involving 11 million vehicles. The company admitted it had failed to fully comply with recall rules.

On Tuesday, Fiat Chrysler announced the retirement of its safety chief.

Fiat Chrysler said its adjusted earnings before interest and taxes were up 35 percent to 1.3 billion euros in the quarter, a figure that excluded the costs of the future recall campaign.

Worldwide shipments were flat at 1.1 million units, despite a 27 percent increase in Jeep volumes. Net revenues rose 17 percent to 27.5 billion euros on strong results in North America and continued recovery in Europe.

Ferrari revenues rose 9 percent to 723 million euros on sales of the new 488 GTB and 458 Speciale A, which increased volumes by 20 percent to 1,949 units. The supercar maker, reporting separately for the first time, achieved a 62 percent increase in net profit to 94 million euros.

Fiat Chrysler just completed a successful Wall Street listing of a 10 percent share of the maker of luxury street cars and powerful Formula One racing machines. The move raised $982.4 million to help fund plans to ramp up production of higher margin Alfa Romeos for export from Italy, along with Maseratis.

A second listing in Milan of Fiat Chrysler’s remaining 80 percent Ferrari stake, which will be distributed to Fiat Chrysler shareholders, is expected in early January, Marchionne said. The Ferrari family retains 10 percent of the company.

Alfa Romeo’s relaunch schedule, meanwhile, will be adjusted, Marchionne said, due to declining sales in China.

“A significant portion of our volume ambitions for Alfa were China-driven,” Marchionne acknowledged. He stood by his ambitious goal of increasing Alfa sales to 400,000 units by 2018, but said a portion of the volume goals for China would be shifted to other markets.

Commenting on Volkswagen’s emissions scandal, Marchionne said the problem was a “governance failure. It was not the failure of technology.”

“I think there was nothing I read or that I know that suggests that diesel is either in danger or should be eliminated because of the potential malfeasance of an agent in the market,” he said.

Fiat Chrysler has remained a strong proponent of the combustion engine, largely out of necessity as it lags many competitors in alternative power trains. Marchionne said Fiat Chrysler plans to launch a plug-in hybrid in the first half of next year, and that he expects most of the fleet to be available in hybrid versions by 2023.