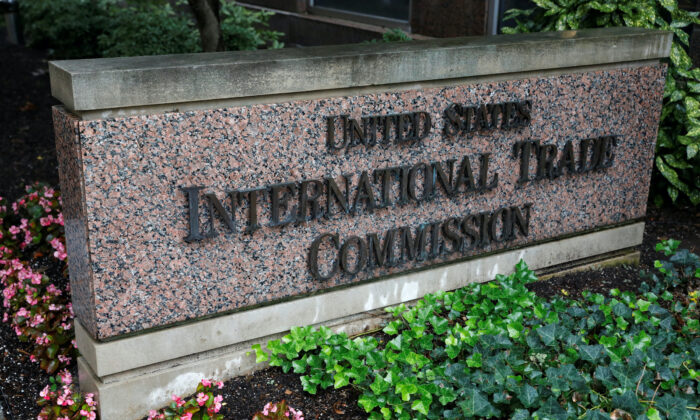 Signage is seen outside of the U.S. International Trade Commission in Washington, on Aug. 31, 2020. (Andrew Kelly/Reuters)
Gold and Commodities

HOUSTON/WASHINGTON—A tanker carrying a liquid fertilizer product from Russia is about to arrive in the United States, sources and vessel tracking data showed in recent days, at a time of widespread worry that sky-high global fertilizer prices could lead to food shortages.

President Joe Biden’s administration has not blacklisted Russian agricultural commodities, including fertilizers, in the aftermath of the Ukraine invasion. Still, many Western banks and traders have steered clear of Russian supplies for fear of running afoul of rapidly changing rules.

Russia and Ukraine are major exporters of fertilizer, key to keeping corn, soy, rice, and wheat yields high. Farmers have scaled back fertilizer use due to high prices, and cut the amount of land they plan to cultivate.

The Liberia-flagged tanker Johnny Ranger was scheduled to arrive in New Orleans on Monday carrying about 39,000 tons of urea ammonium nitrate solution, a fertilizer produced by combining urea, nitric acid, and ammonia, the sources and Refinitiv Eikon data showed.

The vessel loaded last month at St. Petersburg, according to Eikon data.

Details on the seller and buyer were not immediately available. The U.S. Treasury Department and the U.S. Customs and Border Protection agency declined to comment.

A State Department spokesperson said the United States has never sanctioned food or agricultural goods from Russia. “Unlike the Russian government, we have no interest in weaponizing food to create humanitarian crises at the expense of vulnerable populations.”

U.S. non-food sanctions will remain in place until Russian President Vladimir Putin stops the war in Ukraine, the person added.

In 2021, the United States imported $262.6 million worth of urea ammonium nitrate fertilizers from Russia, according to the Commerce Department.

This week, the U.S. International Trade Commission revoked duties on urea ammonium nitrate fertilizers from Russia in an effort to ease fertilizer shortages and price increases.

By Arathy Somasekhar and Timothy Gardner