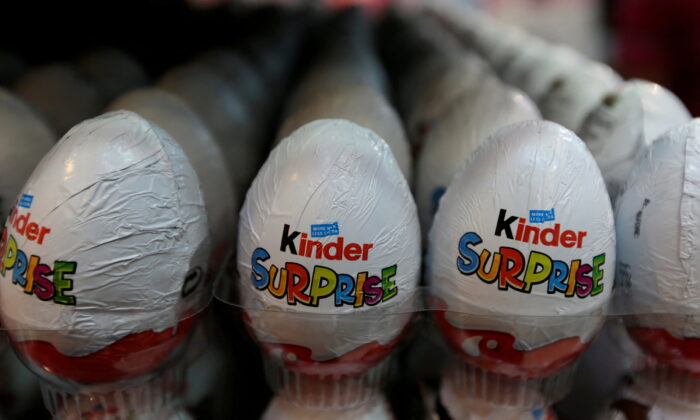 Kinder Surprise chocolate eggs, a brand of Italian confectionary group Ferrero, are seen on display in a supermarket in Islamabad, Pakistan, on July 18, 2017. (Caren Firouz/Reuters)
Companies

Ferrero on Tuesday asked U.S. consumers to dispose of some Kinder chocolate products not authorized for distribution in the country, warning they could be from the batch recently recalled in Europe due to a potential Salmonella Typhimurium contamination.

The company on Tuesday published an update upon the U.S. Food and Drug Administration’s request to ask Americans to dispose of Kinder products intended for foreign markets yet available for sale in the United States.

Ferrero on Tuesday maintained there were no reports of illness in the United States to date from the chocolates and it was working with the U.S. health agency to address the problem.