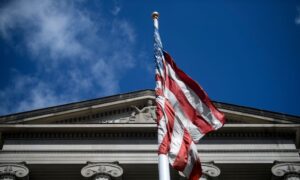 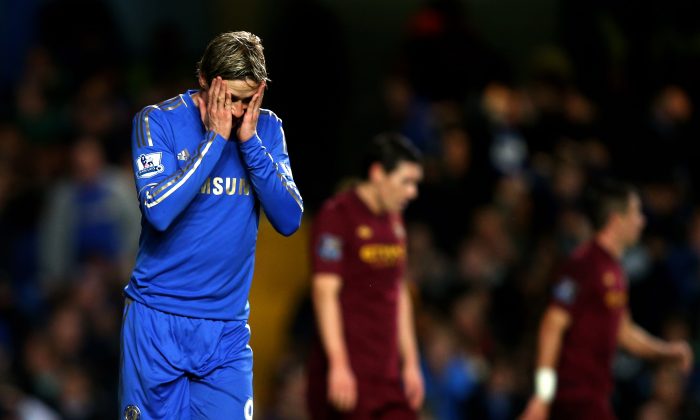 Fernando Torres of Chelsea reacts after a missed shot on goal during the Barclays Premier League match between Chelsea and Manchester City at Stamford Bridge on November 25, 2012 in London, England. (Photo by Clive Rose/Getty Images)
News

Chelsea striker Fernando Torres has perhaps had his worst miss to date.

The Spanish international failed to chest the ball into a practically open net from very close range after receiving it from a cross.

This is not the first time Torres has missed spectacularly.

Given the 30-year-old striker’s ineffective performances, it is no wonder Chelsea boss Jose Mourinho is looking to a 36-year-old Blues legend, Didier Drogba, for help in the scoring department.

See an AP article about Drogba’s return to Chelsea below.

The 36-year-old Ivory Coast striker, who was a free agent after stints with China’s Shanghai Shenhua and Turkey’s Galatasaray, signed a season-long deal with the Premier League club.

“It was an easy decision. I couldn’t turn down the opportunity to work with Jose again,” Drogba said. “Everyone knows the special relationship I have with this club and it has always felt like home to me.

“My desire to win is still the same and I look forward to the opportunity to help this team. I am excited for this next chapter of my career.”

With the last kick in his last game with the club in May 2012, Drogba won the Champions League title for Chelsea, scoring the decisive penalty in the shootout against Bayern Munich. During eight years at Chelsea, Drogba also won three Premier League titles, four FA Cups and two League Cups after being signed by Mourinho in 2004 from Marseille.

Now Mourinho, who was away from Chelsea from 2007-13, is reshaping the team after failing to win a trophy in his first season back at Stamford Bridge. Drogba is the proven scorer Mourinho desperately craved last season, with 157 goals in 341 appearances.

“He’s coming because he’s one of the best strikers in Europe,” Mourinho said. “I know his personality very well and I know if he comes back he’s not protected by history or what he’s done for this club previously. He is coming with the mentality to make more history.”

Drogba was Chelsea’s man for big occasions, scoring nine goals in nine finals, but he is also one of the game’s most inflammatory players. He has infuriated rival fans with what they view as a habit of diving and enraged referees with his aggressive foul-mouthed conduct, earning several bans from UEFA.