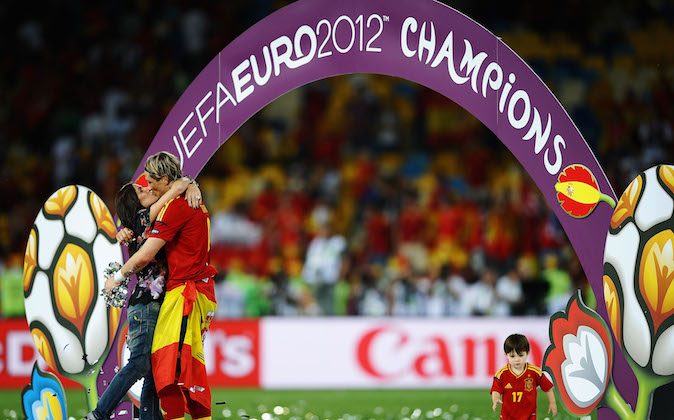 Fernando Torres of Spain kisses his wife Olalla Dominguez on the pitch following victory in the UEFA EURO 2012 final match between Spain and Italy at the Olympic Stadium on July 1, 2012 in Kiev, Ukraine. (Laurence Griffiths/Getty Images)
Sports

The 2014 World Cup in Brazil is well under way, and fans will be wondering about the wives and girlfriends of the famous soccer superstars.

Check out an AP article on Spain vs Chile in World Cup 2014.