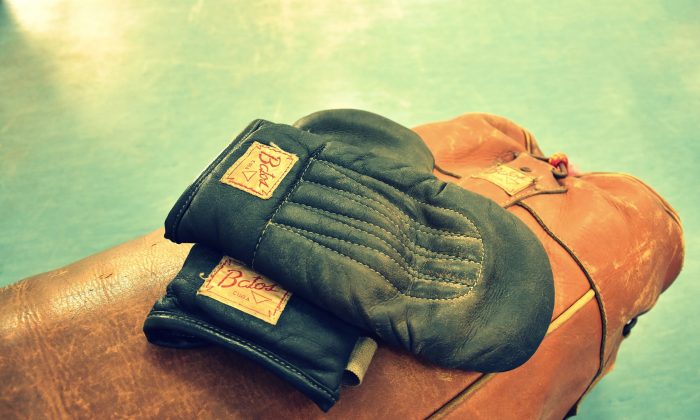 A female MMA fighter rained blows on a man who allegedly exposed himself and performed an “obscene act” in front of her during a photo shoot.

Martial artist Joyce Vieira and a companion were recently taking photos on the Praia do Braga beach in the town of Cabo Frio in Rio de Janeiro, Brazil, when she said she saw a man performing a sex act on himself, the Daily Mail reported.

Vieira confronted the man, identified in Brazilian media cited by CBS as 27-year-old Josinei Ferreira, who reportedly made a rude comment and continued to touch himself inappropriately.

The amateur mixed martial artist allegedly kicked the man, who according to CBS responded by taking a swipe at her.

“[His] punch made me even angrier. I wanted to kill him,” Viera told a Brazilain newspaper after the incident, according to Deadspin.

Vieira then unleashed several blows and kicks in the man’s direction, according to the Daily Mail.

Several photographs of the confrontation have since been circulated on the Internet. In one, Viera’s stance suggests she’s delivering a punch in the man’s direction.

Another photograph shows her chambering a kick.

Police later arrested the suspect on charges of committing the “obscene act,” according to the Daily Mail. He denied wrongdoing, claiming he was merely urinating.

Ferreira has since been released, according to Yahoo news.

“It’s very strange because he’s going to be in the same city as me, and who knows, he might be in the same places. That’s why I have received an innumerable number of messages from women saying that (in similar situations) they didn’t file a report, because they know the suspects would end up being released,” Vieira continued, according to the report.

“I think the punishment for these cases should be more severe.”

Some praised her actions on social media.

Others said she went too far in taking the verbal confrontation physical.

“So what you can just go around hitting people now? That’s assault and she should be behind bars,” wrote a commenter with the Twitter handle @w1ck3dj0k3r949.

“While I understand what he did was wrong but it didn’t give her the right to attack him,” wrote sky22074 on Instagram. “You can’t take justice into your own hands—who knows who this guy really was.”

“MMA amateur fighter or not, she is lucky the guy did not knock her lights out,” wrote halo101st on Instagram. “I saw a woman attack a man six feet tall and about 200 lbs. He tried to avoid her kicks and punches but finally decked her when she would not quit.”

Vieira often posts photographs and videos of herself training on Instagram.