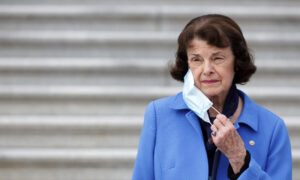 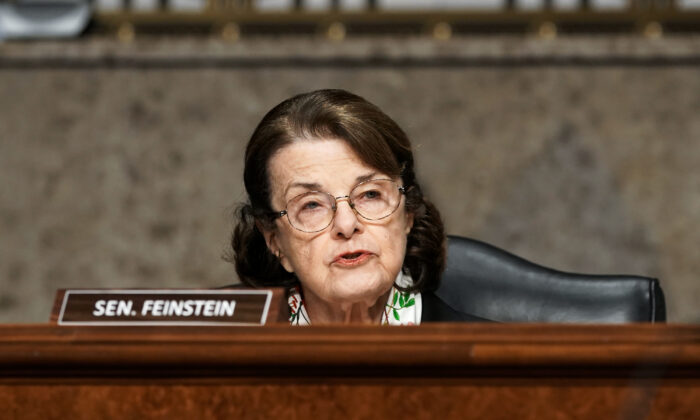 Feinstein Says She’s Not Stepping Down Before End of Term

Sen. Dianne Feinstein (D-Calif.) on Tuesday said she does not plan on resigning before the end of her term, after California Gov. Gavin Newsom said he would appoint a female black replacement if Feinstein did step down early.

Feinstein, 87, the oldest senator, asked about potentially resigning, told reporters on Capitol Hill: “I have not discussed that with anybody, nobody has asked me any questions about it, no.”

She also said she would be serving her full term.

Feinstein was reelected in the 2018 midterms. Her current term runs until early 2025.

The former San Francisco mayor was first elected to the Senate in 1992, after losing a gubernatorial bid two years prior.

Feinstein did not know why Newsom floated specifics of a potential replacement.

“We’re very good friends. I don’t think he meant that the way some people thought,” she said.

Feinstein is considered by some progressives as an old-school Democrat and has drawn criticism in recent months for being friendly with then-Supreme Court nominee Amy Coney Barrett and Sen. Lindsey Graham (R-S.C.). Under pressure, she stepped down as the top Democrat on the Senate Judiciary Committee, and also withdrew her name from consideration for the top position on other committees.

Feinstein said she had not spoken to the Democrat governor but has spoken with others who relayed details of their conversations.

“I don’t know about his plans but his relationship with me I think is good and strong. I mean you’re making a mountain out of a molehill,” she said.

During an appearance on MSNBC late Monday, Newsom was asked to answer yes or no whether he’d appoint a black woman if Feinstein resigns.

“We have multiple names in mind, and the answer is yes,” Newsom said.

Newsom is facing a serious recall battle. A campaign to oust the first-term governor appears to have successfully garnered enough signatures to get a recall question placed on a ballot.

Newsom and allies launched a counter-campaign this week in an effort to stave off the recall.