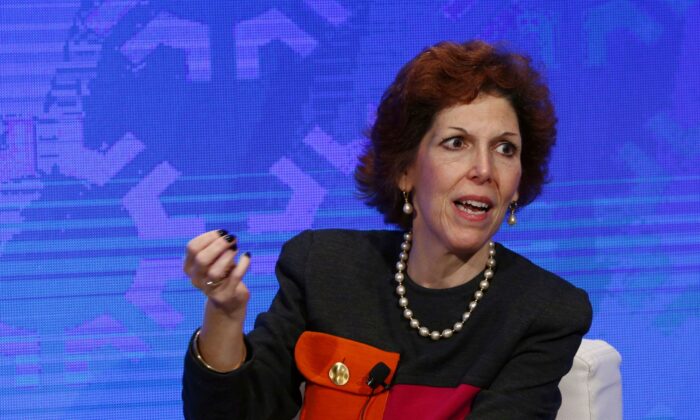 Cleveland Fed President Loretta Mester takes part in a panel convened to speak about the health of the U.S. economy in New York, on Nov. 18, 2015. (Lucas Jackson/Reuters)
Economy

NEW YORK—It is time for the Federal Reserve to start removing accommodation and raising interest rates, but it is not necessary for the central bank to launch its rate hike cycle with a half percentage point increase, Cleveland Federal Reserve President Loretta Mester said on Wednesday.

“I don’t like taking anything off the table,” Mester said during a virtual event. “But, you know, I don’t think there’s any compelling case to start with a 50 basis point” rate increase. She added that each meeting is going to be “in play” and the pace of rate increases will depend on what happens with inflation and the economy.