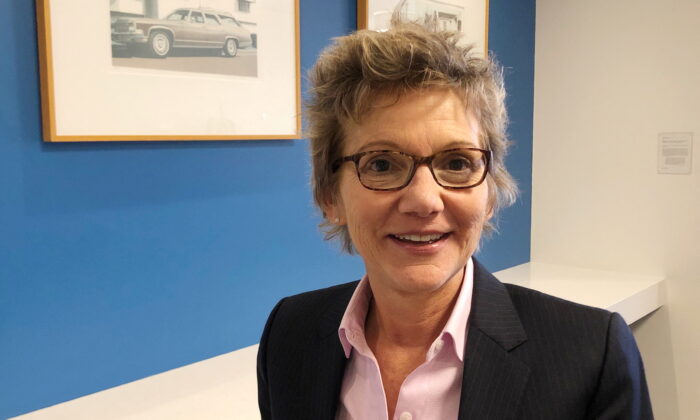 “There is broad agreement that inflation is too high and the policy rate is too low,” Daly said at the Los Angeles World Affairs Council & Town Hall.

It is important, she told reporters after the event, to have “a little more urgency” on raising interest rates; a rate hike every other meeting “doesn’t satisfy the moment,” she said, and neither does waiting until later in the year to start reducing the Fed’s $9 trillion balance sheet.

Daly’s embrace Wednesday of a series of four or more rate hikes was a notably hawkish shift from her previous support for a less aggressive stance.

She also said the Fed may need to consider a bigger-than-usual half-percentage-point rate hike down the road, although for now quarter-point rate hikes remain her expectation.

“Raising rates at least four times—at least—would be my preference, but it most likely will need more than that” to bring demand back into line with supply—unless consumer demand falls more than she expects, or supply chains get fixed faster than she anticipates.

Financial conditions are more accommodative now than they should be, given the strength of the economy and the pace of job gains, she said.

And while the geopolitical situation with Ukraine and Russia adds to uncertainty, she said, it will not change the Fed’s plans to raise rates unless conditions get sharply worse.

Once the Fed has begun raising rates, she said, it will then begin to reduce its $9 trillion balance sheet, a process that will further tighten policy, and work to slow inflation.

Inflation by the Fed’s preferred gauge, the personal consumption expenditures (PCE) price index, rose 5.75 percent last year, the highest in about 40 years and more than twice the Fed’s 2 percent goal.

“We need to demonstrate to the American people that we are committed to having that not be a perpetuating spiral,” Daly said.

Still, she said, raising rates does not mean the Fed is slamming on the brakes, but rather allows economic growth to continue by easing inflation.

Eventually, Daly said, she does expect pandemic-disrupted supply chains to heal and at least some workers to return to the labor force as public health improves, so for now there’s little need for the Fed to raise rates steeply.

“If we run first and do everything at once … then we will have overcorrected,” she said. “We need to get policy in line, but we can’t be impatient about doing it all today.”

Among data she will be watching, she said, is the transition from pandemic COVID-19 to an endemic state; how quickly disrupted supply chains recover; how rapidly workers sidelined by COVID-19 return to the workforce; and how quickly the fiscal support that bolstered the economy’s recovery from the pandemic shutdowns fades.