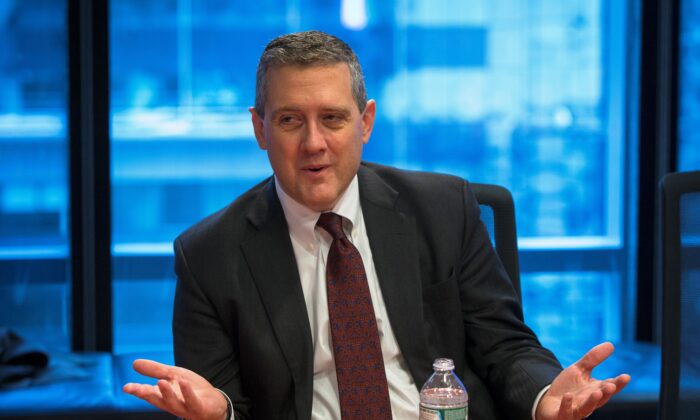 The U.S. Federal Reserve must put the brakes on economic activity to tackle surging prices, James Bullard, president of the St. Louis Fed, told the Financial Times in an interview.

It is a “fantasy” to think the Fed can bring inflation down sufficiently without raising interest rates, he said, adding that the Fed needs to be more aggressive in its efforts to root out the highest inflation in four decades.

“We have to put downward pressure on the component of inflation that we think is persistent,” the paper quoted him as saying, making a call for rates to rise to a level that curtails growth.

“This report just underscores the urgency that the Fed is behind the curve and needs to get moving,” Bullard added, referring to new inflation data showing that U.S. monthly consumer prices in March increased by the most in 16.5 years.

Officials of the St. Louis Fed did not immediately respond to a Reuters request for comment.

Last week, Bullard said the Fed was behind in its fight on inflation and needed to raise the federal funds rate another 3 percentage points by year’s end.