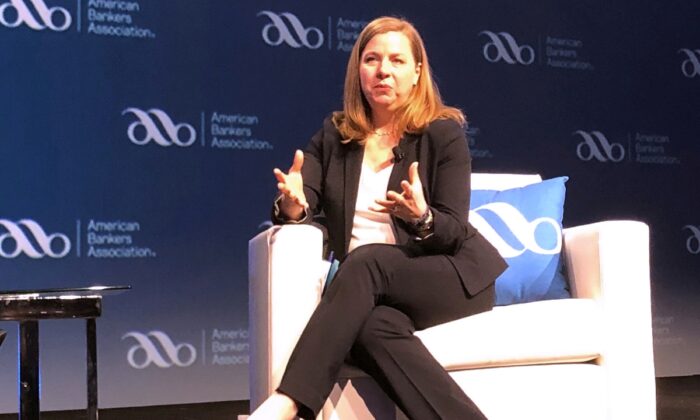 Federal Reserve Governor Michelle Bowman said on Monday that she will assess incoming economic data over the next three weeks in deciding whether a half percentage point interest rate rise at the central bank’s next meeting in March is needed, a stance that underscores divisions among policymakers on how aggressively to begin its tightening cycle.

“I, as all of my colleagues will as well, will be watching the data closely to judge the appropriate size of an increase at the March meeting,” Bowman said in remarks to an American Bankers Association conference in Palm Desert, California. “I intend to support prompt and decisive action to lower inflation.”

In a question and answer session that followed her speech, Bowman said it was “very important that we continue to watch how the economy develops and to understand whether or not things are improving or getting worse as we are approaching that decision.”

Before the next meeting, there will be another inflation report and monthly jobs figures for the central bank to digest, as policymakers also keep an eye on escalating geopolitical tensions on fears Russia will invade Ukraine.

Bowman’s firmly open mind on the March 15—16 policy meeting is at odds with some other senior Fed officials at the core of the Fed’s rate-setting body, who in comments last week pushed back against what had been rising market expectations of a possible bigger-than-usual half-percentage point initial hike to help kickstart a campaign to rein in inflation at a 40-year high.

Investors currently see an 83 percent probability of a quarter-percentage point rate hike next month. St. Louis Fed President James Bullard had initially prompted market expectations to price in a more aggressive move after he called 11 days ago for the Fed to raise rates by a full percentage point by its June meeting, a rate path that would require at least one half-point hike between now and then.

In her speech, Bowman also said she expects additional rate increases will be needed in the coming months in keeping with her view that “much too high” inflation will not begin to moderate until the second half of this year. She noted there is a substantial risk price pressures may persist.

Elsewhere, she called for the Fed’s balance sheet to be reduced to an appropriate and manageable level in order to help bring down inflation, but as with rate increases, for now, she remains data dependent on the timeline.

“Looking beyond this spring, my views on the appropriate pace of interest rate increases and balance sheet reduction for this year and beyond will depend on how the economy evolves,” Bowman said.

Fed Chair Jerome Powell, who has been publicly silent since January, will likely provide an update on his own thoughts when he appears before Congress on March 2 and 3, where he will give an update on the economic outlook.