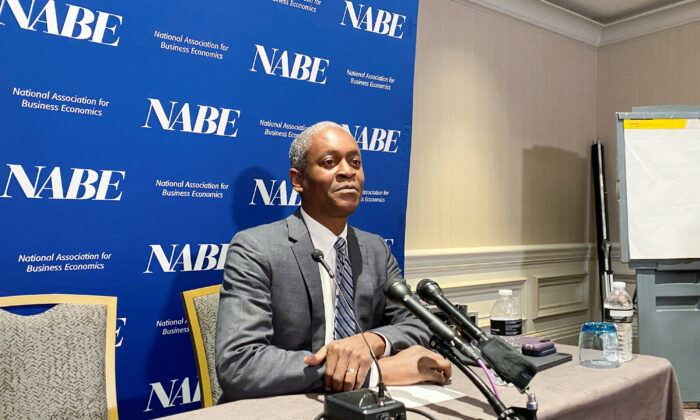 Fed’s Bostic: ‘Everything in Play’ for July Rate Hike

“Everything is in play,” Bostic told reporters during a tour of Tampa and St. Petersburg, following release of the latest report, which showed consumer prices surged 9.1 percent last month, an acceleration from May in a surprise to forecasters.

While Bostic said he needed to better study the “nuts and bolts” of the report, he felt “today’s numbers suggest the trajectory is not moving in a positive way … How much I need to adapt is really the next question.”

The Fed raised rates by 75 basis points in June, and before the Labor Department’s consumer price index report Wednesday most analysts and traders had thought that another similar-sized moved at the Fed’s July meeting was a lock.

But when June’s inflation report hit, traders began piling into bets on a 100-basis point rate hike hits month, adding more after Bostic’s remarks and the release of a Fed report.

Fed Chair Jerome Powell “has been clear, and I think I’ve been clear as well, that without price stability, it’s hard to imagine how this economy is going to grow in a robust and sustainable way,” Bostic said.