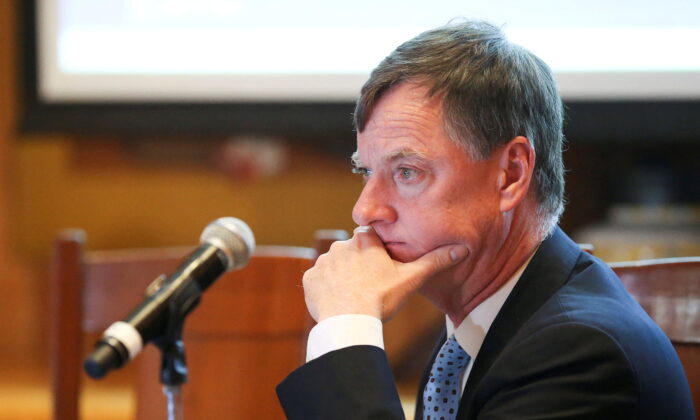 “It’s time that we get off of our emergency stance—I think it’s really appropriate that we move our policy closer to a neutral position—but I think we need to do it in a measured way,” Bostic told a Chicago Fed virtual conference on economic mobility.

Evans said: “I’m optimistic that we can get to neutral look around and find that we’re not necessarily that far from where we need to go.”

The Fed is widely expected to raise rates by a bigger-than-usual half-a-percentage point next month and begin paring its massive balance sheet as it steps up a battle against inflation now running at more than three times the Fed’s 2 percent goal.

Both Evans and Bostic have said they support the Fed’s plans to tighten policy, and both have previously said they would be open to a 50 basis-point move if needed.

But their voices calling for more moderation stand in contrast to those on the Fed’s more hawkish wing, including St. Louis Fed President James Bullard who earlier on Thursday called for a rate-hike path this year that would require half-point hikes at the rest of the Fed’s 2022 meetings.