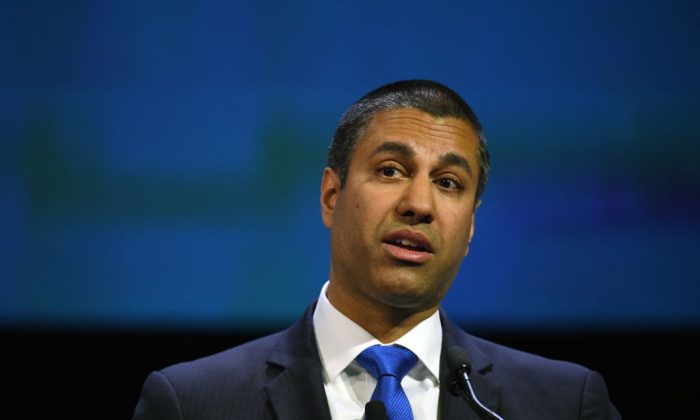 On June 29, a California man was arrested and charged for threatening to murder the family of a U.S. official.

According to the Department of Justice (DOJ), the suspect, identified as Markara Man, 33, was arrested in Los Angeles and charged for threatening to murder the children of Ajit Pai, the chairman of the Federal Communications Commission.

Man faces a maximum penalty of 10 years in prison if convicted.

The threats to kill Pai’s children took place between Dec. 19 and 20 last year and were allegedly sent to his email account. One of the emails listed the names and addresses of three preschools in and around Arlington, Virginia, where Pai lives, followed by, “I will find your children and I will kill them,” according to an affidavit.

The FBI tracked the emails to Man’s residence in Norwalk, California, and confronted him in May this year. He admitted to the FBI that he sent the emails because he was “angry” about the net neutrality repeals and that he wanted to “scare” Pai.

Pai’s official actions on Dec. 14, 2017, led to the repeal of particular regulations regarding net neutrality.

Normally, sentences for federal crimes are less than the maximum penalty, the DOJ noted. A federal district court judge will determine how long the sentence will be.

Man also provided a written apology letter to law enforcement. It read: “Dear [Federal Official 1], I’m sorry I made a threat against your kids. That was crossing the line. I hope you’ll change your mind on [Official Action] but I doubt it. Best Regards, Mark [signature].”