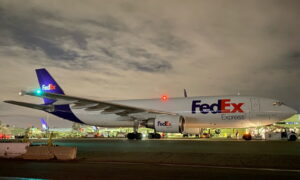 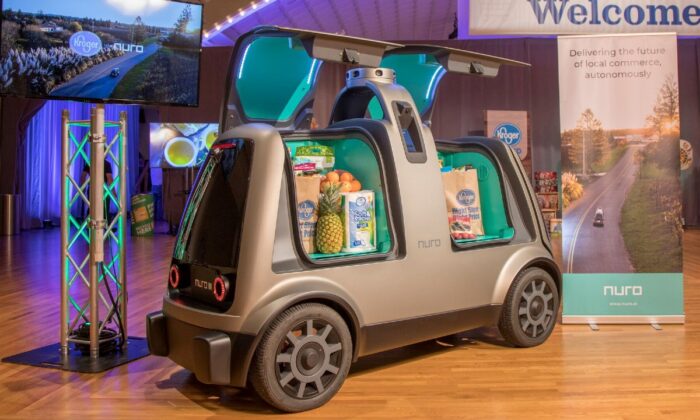 The unmanned delivery vehicle, Nuro, is seen during the Kroger annual shareholders meeting in Cincinnati, Ohio, on June 28, 2018. (Kroger/Handout via Reuters)
Companies

FedEx and robotics company Nuro on Tuesday announced a multi-year agreement to test self-driving vehicles in the package delivery company’s network, starting with a pilot program in Houston.

The partnership comes as parcel companies race to reduce the cost of last-mile delivery, which surged during the pandemic.

The companies will target delivery scenarios where Nuro’s low-speed, unmanned vehicle can provide “the biggest bang for your buck,” Cosimo Leipold, Nuro’s head of partnerships, told Reuters in an interview.

That will likely include inefficient tasks like late-night pickups in out-of-the-way places, said Rebecca Yeung, FedEx vice president for advanced technology and innovation.

“Instead of dispatching a driver to get those packages, a device like Nuro could be super helpful,” said Yeung, who called the FedEx/Nuro tie-up a “very serious, long-term commitment” that aims to reduce headaches, not human drivers.

Nuro vehicles are already making deliveries for U.S. supermarket operator Kroger and Domino’s Pizza in the Houston area. Nuro continues to test its technology in Arizona.

Nuro, whose R2 unit has space for delivery cargo but not a human driver, said last year it has raised $500 million.

UPS has ordered electric delivery vans from British startup Arrival. Those vehicles are fitted with sensors and cameras that should gradually enable autonomous features, but will still require a human driver.

Transporting people via self-driving taxis is proving more difficult and expensive than delivering packages and food. As a result, freight and logistics companies are exploring ways to roll out the technology on predictable and simple routes, including on highways.

By Nick Carey and Lisa Baertlein