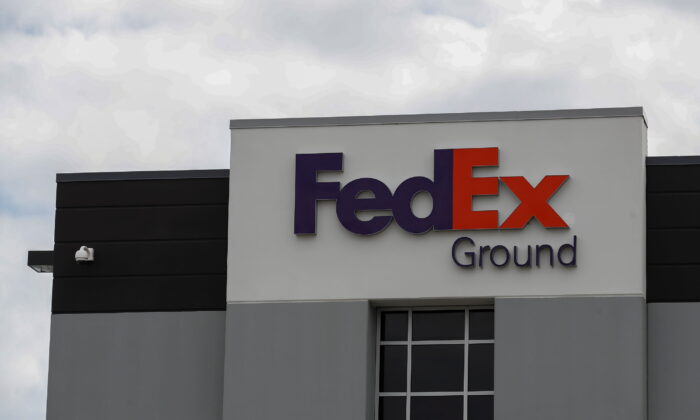 LOS ANGELES—FedEx Corp. on Friday filed suit asking a federal judge to stop one of its largest delivery contractors from spreading misinformation about its business for financial gain, and confirmed that it severed its relationship with him, effective immediately.

FedEx’s lawsuit seeks injunctive relief and monetary damages from a “coordinated and multi-faceted campaign orchestrated” by Spencer Patton, who has 225 FedEx Ground routes in 10 states as well as businesses that offer services to the roughly 6,000 U.S. contractors that transport and deliver packages for that unit.

Patton for weeks has said that up to 35 percent of FedEx Ground delivery providers are at risk of financial failure. He urged its leaders to improve compensation and has been rallying peers to his cause.

Patton did not address the merits of the case and went public with the termination of his relationship with FedEx, saying the company’s “move to cancel our contracts is a clear case of (it) silencing anyone with a voice.”

FedEx said the affected routes account for less than 0.5 percent of Ground’s 60,000 routes and that contingency plans are in place.

In its lawsuit, FedEx alleged that Patton is disparaging its Ground business through a series of false and misleading statements about its commercial activities.

FedEx says the escalating conflict is harming its business and forcing it to spend money on damage control.

Unfavorable news coverage stemming from Patton’s campaign could harm Ground’s reputation with the shippers that pay it to deliver packages and to erode goodwill within the contractor network, FedEx alleged in its complaint filed in the U.S. District Court for the Middle District of Tennessee.

FedEx alleged that Patton’s actions are a promotional campaign for his company that offers consultancy, brokerage, and other services to delivery providers.

Patton is seeking to position his firm as the industry leader in providing consultancy and other services to contractors, representing them individually or in collective negotiations with FedEx Ground, FedEx alleged.

And, the company said, Patton has obliquely encouraged actions that could disrupt its crucial Christmas delivery business.

At a conference hosted by his business last weekend, Patton said that if terms of his contract were not adjusted, he would shutter his FedEx Ground contracting business on Nov. 25, the start of the holiday shipping season.

Although Patton “claimed to be speaking ‘only on behalf of (his) individual businesses,’ he was plainly attempting to influence a group walk-out or boycott,” FedEx said in the lawsuit.