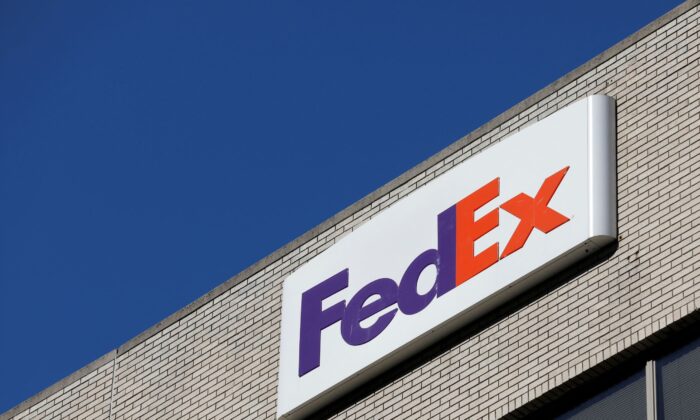 LOS ANGELES—U.S. delivery firm FedEx Corp. reinstated its original fiscal 2022 forecast on Thursday, even as persistent labor woes chipped away profits ahead of the peak holiday season when the number of packages it handles often doubles.

Shares in the company, which also reported flat year-over-year adjusted profit for the fiscal second quarter, were up 5 percent to $250.50 in after-hours trading.

“We are essentially staffed up for peak,” said Subramaniam. He added that the carrier believes it can retain required labor for the remainder of its fiscal year.

Concerns have eased that this year’s festive season could see a repeat of 2020’s “Shipageddon” pandemic delivery delays. Retailers have reduced the pressure on carriers like FedEx and United Parcel Service by urging early shopping and expanding pick-up and gig-delivery options. At the same time, most stores remain open despite accelerating numbers of Omicron variant infections.

Adjusted net income was $1.3 billion, or $4.83 per share, for the quarter ended Nov. 30, unchanged from the year earlier.

Experts and some customers said FedEx is trailing UPS and the U.S. Postal Service in on-time deliveries, however.

From Nov. 14 to Dec. 4—which included the Thanksgiving and Cyber Monday holiday shopping days— on-time performance was 85.7 percent for FedEx, 96.4 percent at UPS, and 95.1 percent for the U.S. Postal Service, according to delivery invoice auditor ShipMatrix.

Results for the week of Dec. 5 so far appear to be mostly in line with prior weeks, ShipMatrix founder Satish Jindel said.