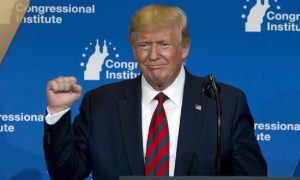 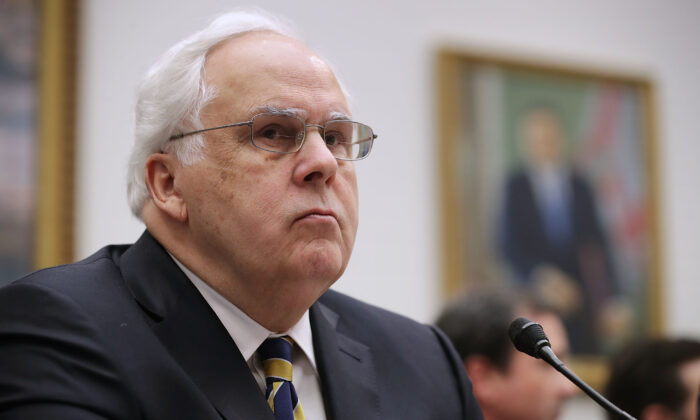 The CEO of FedEx challenged the publisher of The New York Times to a public debate after the paper published a story he asserted got basic facts wrong.

“Pertinent to this outrageous distortion of the truth is the fact that unlike FedEx, the New York Times paid zero federal income tax in 2017 on earnings of $111 million, and only $30 million in 2018—18 percent of their pretax book income. Also in 2018 the New York Times cut their capital investments nearly in half to $57 million, which equates to a rounding error when compared to the $6 billion of capital that FedEx invested in the U.S. economy during that same year.”

Smith then issued his challenge.

“I hereby challenge A.G. Sulzberger, publisher of the New York Times and the business section editor to a public debate in Washington, DC with me and the FedEx corporate vice president of tax. The focus of the debate should be federal tax policy and the relative societal benefits of business investments and the enormous intended benefits to the United States economy, especially lower and middle class wage earners. I look forward to promptly hearing from Mr. Sulzberger and scheduling this open event to bring further public awareness of the facts related to these important issues.”

A spokeswoman for the paper told CNBC that “FedEx’s invitation is clearly a stunt” and called it “an effort to distract from the findings of our story.”

The article in question stated that FedEx owed zero dollars in taxes in the 2018 fiscal year, citing financial filings. Writers said the company reaped more than $1.5 billion from the Tax Cuts and Jobs Act, which the company lobbied for and which President Donald Trump signed into law in 2017.

The tax cut FedEx received didn’t translate to increased capital investment promised by Smith, the article stated, noting that in fiscal year 2018, FedEx spent “$240 million less on capital investments than it predicted it would in December 2017” and the spending “declined by nearly $175 million in fiscal 2019.”

FedEx regularly undershoots or overshoots its capital spending forecasts by hundreds of millions. While it undershot its 2018 forecast, it hiked capital investment that year to nearly $5.7 billion, up more than $550 million from the year before. In 2019, it invested nearly $5.5 billion. As its last sentence, the New York Times article quotes Matthew Gardner, an analyst at the left-leaning Institute on Taxation and Economic Policy as saying that “it’s just impossible to know” whether a connection can be drawn between the tax breaks and FedEx’s actions.

“FedEx invested billions in capital items eligible for accelerated depreciation and made large contributions to our employee pension plans. These factors have temporarily lowered our federal income tax, which was the law’s intention to help grow GDP, create jobs, and increase wages,” FedEx responded in a statement.

One of the authors of the New York Times article, Ben Casselman, wrote on his Twitter account that it was “worth noting we repeatedly asked to interview Mr. Smith about exactly these issues for this story, and FedEx refused to make him available,” in response to another user posting a screenshot of Smith’s statement.

But FedEx Public Affairs said Casselman was not being truthful. “Worth noting that is not true. We did not receive any requests to speak with Mr. Smith, but he will discuss exactly these issues when @nytimes agrees to debate,” it stated.

Worth noting that is not true. We did not receive any requests to speak with Mr. Smith, but he will discuss exactly these issues when @nytimes agrees to debate.

Another reporter, Peter Eavis, noted the “strong response” to the article and said that “basically all the numbers came from companies’ annual reports.”

Update: The article has been updated with further information about FedEx financials, The New York Times article, and the paper’s response to the statements of FedEx and its CEO.