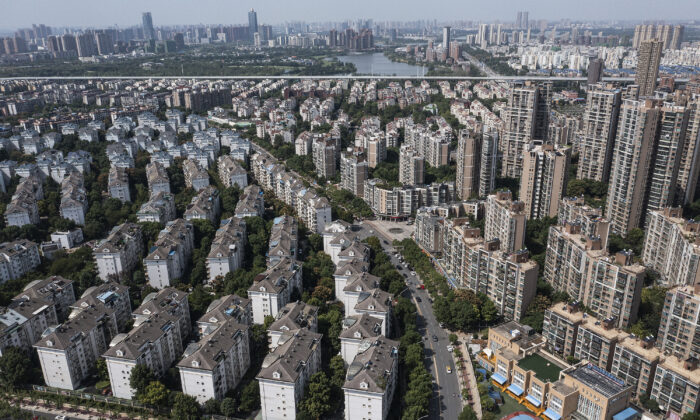 The Federal Reserve on Monday warned that stresses in the Chinese real estate sector, including from debt-ridden property developer Evergrande, could impact the United States if they spillover into the Chinese financial system.

“In China, business and local government debt remain large; the financial sector’s leverage is high, especially at small and medium-sized banks; and real estate valuations are stretched,” the Fed said in its semi-annual Financial Stability Report.

“In this environment, the ongoing regulatory focus on leveraged institutions has the potential to stress some highly indebted corporations, especially in the real estate sector, as exemplified by the recent concerns around China Evergrande Group. Stresses could, in turn, propagate to the Chinese financial system through spillovers to financial firms, a sudden correction of real estate prices, or a reduction in investor risk appetite,” the report warned.

“Given the size of China’s economy and financial system as well as its extensive trade linkages with the rest of the world, financial stresses in China could strain global financial markets through a deterioration of risk sentiment, pose risks to global economic growth, and affect the United States,” the report added.

The report noted several possible financial risks that the Fed believes have the potential to impact the United States.

It also cautioned that uneven economic recovery and the high debt levels in emerging market economies (EME’s) pose a risk to financial stability, particularly if there were to be a “sharp tightening of financial conditions, possibly triggered by a rise in bond yields in advanced economies or a deterioration in global risk sentiment,” which the reserve said could “push up debt- servicing costs for EME sovereigns and businesses, trigger capital outflows, and stress EMEs’ financial systems.”

The report comes after Fed Chair Jerome Powell in September told a press conference that the Evergrande situation seems “very particular to China” but noted that it could hit global consumer confidence.

“In terms of the implications for us, there isn’t, there’s not a lot of direct United States exposure. The big Chinese banks are not tremendously exposed. But, you know, you would worry that it would affect global financial conditions through confidence channels and that kind of thing. But I wouldn’t draw a parallel to the United States corporate sector,” the Fed chair said.

Shares of Evergrande have fallen by more than 80 percent in 2021 as it struggles with crippling debt.

The company is more than $300 billion in debt, making it the world’s most indebted property developer, and it’s been scrambling to raise funds to pay its many lenders, suppliers, and investors. Evergrande has warned on multiple occasions that it could default, and its $305 billion of liabilities could spark broader risks to the country’s financial system if not stabilized.

Added to the pressure created by debt-ridden Evergrande there is growing investor angst about China’s real estate clampdown, which has seen authorities move to curb the property industry in the past year, including tightening home-purchase rules and capping lending from banks while urging powerful property tycoons to pour resources and influence into backing Beijing’s interests.

It’s not yet clear exactly what actions officials will take in the clampdown on real estate or whether there’s a deadline, but investors are already concerned.

Meanwhile, Chinese banks had more than 51.4 trillion yuan ($8 trillion) of outstanding loans attributted to the real estate sector as of September, an increase of 7.6 percent from a year earlier, Bloomberg reports.