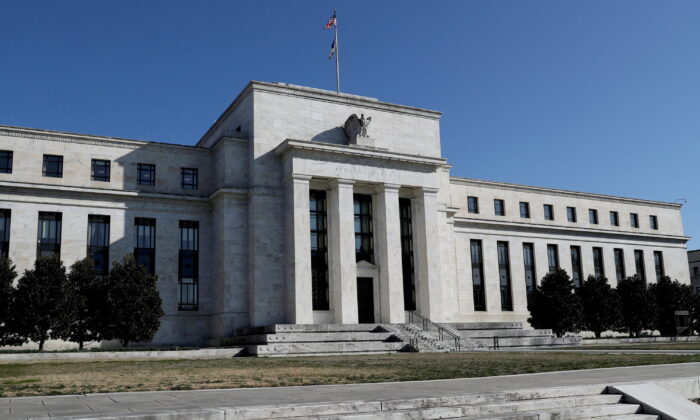 “Participants agreed that there was little evidence to date that inflation pressures were subsiding. They judged that inflation would respond to monetary policy tightening and the associated moderation in economic activity with a delay and would likely stay uncomfortably high for some time,” the minutes state.

“Participants also observed that in some product categories, the rate of price increase could well pick up further in the short run, with sizable additional increases in residential rental expenses being especially likely.”

Fed officials noted that a slower pace of rate increases could happen at some point. Participants noted that there are threats to the economy if the central bank tightens more than what’s necessary to help trim higher prices. Committee members acknowledged that there are various downside risks to the real GDP growth rate, including tightening of financial conditions, prolonged pandemic-related economic conditions, and geopolitical developments.

They also observed that there are fresh indications of weakening output and consumption levels, although they have been offset by strong employment gains and a low jobless rate.

One of the solutions to lower inflation, the Fed noted, is by reducing demand. Other meeting participants averred that the policy rate would need to climb to a restrictive level in order to bring inflation under control, which could take an extended period.

“With inflation remaining well above the Committee’s objective, participants judged that moving to a restrictive stance of policy was required to meet the Committee’s legislative mandate to promote maximum employment and price stability,” the minutes state.

“Some participants indicated that once the policy rate had reached a sufficiently restrictive level, it likely would be appropriate to maintain that level for some time to ensure that inflation was firmly on a path back to 2 percent.”

Ultimately, the central bank conceded that it would be appropriate to raise the benchmark fed funds rate by 75 basis points and continue reducing the roughly $9 trillion balance sheet.

While financial markets trimmed some of their losses following the release of the Fed minutes, the leading benchmark indexes remained in the red.

When the July annual inflation rate eased to 8.5 percent, and the month-over-month Consumer Price Index (CPI) clocked in at zero percent, financial markets started weighing the possibility of peak inflation.

Other signs are showing some good news on inflation. On a monthly basis, the Producer Price Index (PPI) fell 0.5 percent, while export prices tumbled 3.3 percent. Consumer inflation expectations also eased in August, although observers were surprised when the University of Michigan’s five-year inflation expectations gauge unexpectedly rose to 3 percent in August.

But while the peak inflation narrative is gaining steam, it is essential not to confuse it “with the end of inflation nor an end to higher interest rates,” says John Lynch, the chief investment officer at Comerica Wealth Management.

“Unfortunately, the current environment includes weak output with wages that can’t keep up with inflation. Essentially, businesses are paying workers more to produce less,” he wrote on Aug. 15 (pdf). “Consequently, companies will either have to pass on higher costs to consumers, sustaining inflationary pressures, or endure lower margins, weighing on profits and equity prices. Neither choice appears consistent with recent market activity.”

Minneapolis Fed Bank President Neel Kashkari thinks the July CPI data offered the “first hint” that U.S. inflation could be slowing down. But he also dismissed investors’ belief that the central bank would cut interest rates next year.

“I was certainly happier to see a surprise to the downside,” Kashkari told the Aspen Economic Strategy Group’s annual meeting last week.

“I think a much more likely scenario is we will raise rates to some point, and then we will sit there until we get convinced that inflation is well on its way back down to 2 percent.”

Tom Barkin, president of the Federal Reserve Bank of Richmond, would prefer boosting rates until there is a “sustained period” of inflation under control.

“Consumers really dislike inflation, and one message that I get loud and clear as I wander around my district is, ‘We don’t like inflation,’” he said in an interview with CNBC.

Charles Evans, president of Federal Reserve Bank of Chicago, conceded that the latest pricing figures were “positive,” but “nobody can be happy” with an 8.5 percent annual CPI.

The next two-day FOMC policy meeting is scheduled for Sept. 20–21.

According to the CME FedWatch Tool, the market is mostly penciling in a 50 basis-point rate hike at next month’s meeting, although it might depend on the August inflation and jobs data.

A Hard Crash or Soft Landing?

Since the Fed’s tightening campaign began this past spring, Fed Chair Jerome Powell contended that the central bank could navigate a soft landing—fighting inflation while sustaining economic growth. However, after back-to-back quarters of negative GDP, it is unclear if that’s feasible anymore.

“Our broad conclusion is that there is a feasible but difficult path to a soft landing, though several factors beyond the Fed’s control can ease or complicate that path and raise or lower the odds of success,” Goldman economist David Mericle said in a client note on Aug. 14.

During a post–FOMC media briefing last month, Powell uttered the same sentiment, telling reporters that the path to a soft landing “has clearly” narrowed.

The Fed’s juggling act has been a concern all along. But what have been the results after a few months into the tightening cycle?

Gasoline prices, which had soared beyond $5 a gallon, now average below $4, although that’s been offset by skyrocketing food and shelter costs. Consumer sentiment remains low, while spending remains robust. The U.S. economy returned 528,000 jobs to the labor market, while the housing market has slipped into a recession.

The New York Empire State Manufacturing Index fell to negative 31.3 in August, below market consensus. The NAHB Housing Market Index declined for the eighth consecutive month, to 49, the lowest reading since May 2020. Initial jobless claims climbed to a nine-month high of 262,000 in the week ending Aug. 6 (pdf).