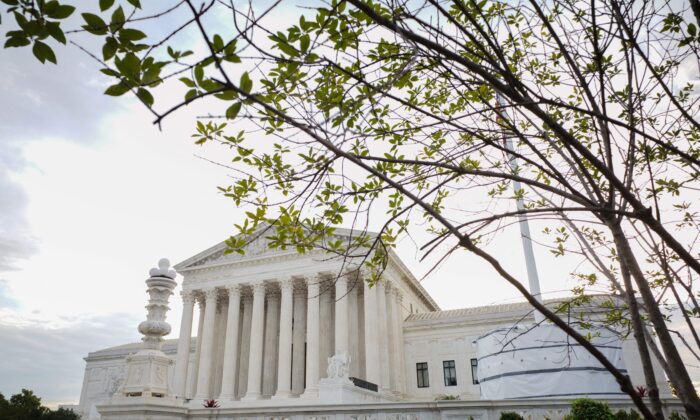 The judges are finally doing their jobs again.

In August, I penned a column lamenting that in COVID-19 cases, the courts seemed to have gone AWOL. The sole exception was the Supreme Court’s 2020 decision in Roman Catholic Diocese of Brooklyn v. Cuomo (pdf), which blocked New York state closure rules discriminating against houses of worship.

Otherwise, courts were deferring to government mandates, often relying on the old case of Jacobson v. Massachusetts (pdf) without regard to whether Jacobson was really a good authority for COVID-19 restrictions.

But now the federal judiciary is pushing back against the Biden administration’s contempt for liberty, the Constitution, and the rule of law.

On Aug. 26, the Supreme Court decided Alabama Association of Realtors v. Department of Health and Human Services (pdf). The Centers for Disease Control and Prevention (CDC), purportedly relying on a law that authorizes actions such as fumigation and disinfection, sought to rewrite every residential lease in the country. The Supreme Court called the CDC’s interpretation of the law a “stretch” and struck down the agency’s order:

“The Government’s read[ing] [of the statute] would give the CDC a breathtaking amount of authority. It is hard to see what measures this interpretation would place outside the CDC’s reach … This claim of expansive authority … is unprecedented.”

The Administration Doubles Down on Dictatorship

The Occupational Safety and Health Administration (OSHA) imposed a vaccination diktat on companies with more than 100 employees.

The Big Guy issued an executive order stating that the government would no longer contract with (or permit subcontracts to) companies with unvaccinated employees.

Just as the CDC had tried to convert a fumigation statute into power over residential leases, OSHA twisted a law directed at immediate job emergencies into a sweeping public health measure. CMS and the president likewise inflated administrative provisions into public health laws.

Each of these mandates purported to override state and local public health regulations.

The number of people affected shows how far the federal government now exceeds its constitutional limits. The OSHA mandate covered two-thirds of the private sector workers in the country. The CMS decree affected 10.3 million people. The president’s executive order drew a bead on a fifth of the national workforce.

The administration’s apparent goal was to transfer public health policy from the states, where the Constitution places it, into the grip of Dictator Joe.

On Nov. 12, a unanimous three-judge panel of the U.S. Court of Appeals for the 5th Circuit put a hold on the OSHA mandate. The case was BST Holdings v. OSHA (pdf). The judge writing the court’s opinion was Kurt D. Engelhardt.

Van Tatenhove’s stay applied only to three states, but on Dec. 7, R. Stan Baker, a Georgia federal judge, made the stay national in scope. The case was Georgia v. Biden (pdf).

At least one decision has gone the other way. A Florida district court upheld the CMS mandate, and on Dec. 6, the U.S. Court of Appeals for the 11th Circuit affirmed (Florida v. Department of Health and Human Services (pdf)). But unlike the 5th Circuit case, this decision wasn’t unanimous: Judge Barbara Lagoa strongly dissented.

Aside from the 11th Circuit, all these courts found that the administration’s orders grossly exceeded the power Congress had given the executive branch.

Some of the judges expressed constitutional doubts as well. In the 5th Circuit (OSHA) case, Engelhardt pointed out (as I had in an earlier essay) that refusing to receive vaccination isn’t the kind of “economic activity” the Supreme Court says can be reached under the Commerce Power. Lagoa, writing in her 11th Circuit dissent, echoed that comment. In Kentucky, Van Tatenhove added, “There is a serious concern that Defendants have stepped into an area traditionally reserved to the States, and this provides an additional reason to temporarily enjoin the vaccine mandate.”

There’s a rule of constitutional law—known as the major questions doctrine—that when Congress wishes to intrude on a matter of traditional state concern, Congress must do so in clear language. This is a very prominent rule studied in law school constitutional law courses. Of course, the Biden administration knew all about it, but chose to ignore it. Judges Engelhardt, Lagoa, and Doughty all criticized the administration for doing so.

The Judges Question the Administration’s Ethics

Typically, judges don’t accuse government actors of bad faith. But the Biden administration’s conduct was so egregious that several judges mentioned it. Van Tatenhove pointed out that when Biden issued his executive order, he violated the Competition in Contracting Act. Doughty observed that the administration had deliberately disregarded three specific legal requirements imposed by the Social Security Act. Doughty explained how the CMS avoided giving legally required public notice:

“It took CMS almost two months, from September 9, 2021 to November 5, 2021, to prepare the interim final rule at issue. Evidently, the situation was not so urgent that notice and comment were not required. It took CMS longer to prepare the interim final rule without notice than it would have taken to comply with the notice and comment requirement.”

Several judges commented on the dishonesty of the administration’s legal defenses. Van Tatenhove declared that “it strains credulity that Congress intended … a procurement statute, to be the basis for promulgating a public health measure such as mandatory vaccination.” Doughty found the CMS order “arbitrary and capricious.” In response to the CMS claim that its order was designed to increase efficiency, Doughty labeled that a mere “pretext”—which means it was a lie.

This “emergency” had endured for nearly two years. When the administration finally decided to act, it took two months to do so. Obviously, the administration really didn’t believe there was an emergency. It merely said so to defend its overreach.

“Courts and the Agency have agreed for generations” that the emergency shortcut had to be “delicately exercised.” But “the Mandate is a one-size-fits-all sledgehammer that makes hardly any attempt to account for differences in workplaces (and workers) that have more than a little bearing on workers’ varying degrees of susceptibility to the supposedly ‘grave danger’ the Mandate purports to address.”

OSHA previously conceded that it had no such authority.

The “sledgehammer” was both “underinclusive” and “staggeringly overbroad,” violating yet another requirement of the statute, Engelhardt said. He finished with these words:

“The Constitution vests a limited legislative power in Congress. For more than a century, Congress has routinely used this power to delegate policymaking specifics and technical details to executive agencies charged with effectuating policy principles Congress lays down. … But health agencies do not make housing policy, and occupational safety administrations do not make health policy. Cf. Ala. Ass’n of Realtors … In seeking to do so here, OSHA runs afoul of the statute from which it draws its power and, likely, violates the constitutional structure that safeguards our collective liberty.”