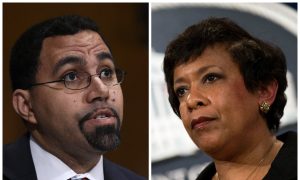 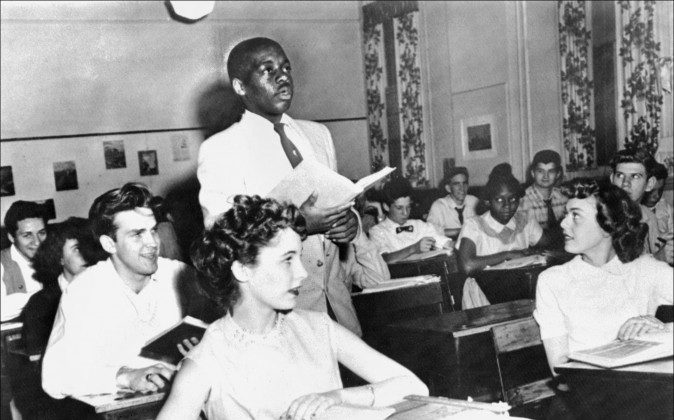 A black student, Nathaniel Steward, 17, recites his lesson May 21, 1954, at the Saint-Dominique school, in Washington, where for the first time in USA the Brown v Board of Education decision which outlaws segregation in state schools is applied. In Tuscaloosa, Ala., today, nearly one in three black students attends a school that looks as if Brown v. Board of Education never happened. (Staff/AFP/Getty Images)
US

It has been over 60 years since the Supreme Court ruling in Brown v. Board of Education, which declared “separate but equal” was no longer a valid segregation stance in public schools.

But a handful of middle and high schools in Cleveland, Miss., have been sticking to their pre-integration roots for more than 5 decades.

On May 13, the legal battle to desegregate these schools has finally been decided—the Justice Department has determined the consolidation of four schools that have either all-white or all-black student bodies.

Cleveland is a small, Mississippi-Delta city of 12,000 residents; divided by railroad tracks that separates east from west as well as black from white.

Among the consolidations, the order will pursue updates to the schools’ programs, staff, and facilities to ensure the education supplied will be up to date.

“This decision serves as a reminder to districts that delaying desegregation obligations is both unacceptable and unconstitutional,” said Principal Deputy Assistant Attorney General Vanita Gupta, head of the Justice Department’s Civil Rights Division. “This victory creates new opportunities for the children of Cleveland to learn, play, and thrive together. The court’s ruling will result in the immediate and effective desegregation of the district’s middle school and high school program for the first time in the district’s more than century-long history.”

The Top 10 High School Movies of All Time

In previous attempts to consolidate the schools, plaintiffs—both professional and local—testified that a stigma loomed over the black community, making students and parents feel that white children attended better schools.

The Justice Department believes consolidation is the “only way to bridge the divide and expressed a willingness to take the steps, however difficult, to secure equal educational opportunities for their children and grandchildren,” and to guarantee that “children learn in a diverse environment to prepare them to encounter the world today.”