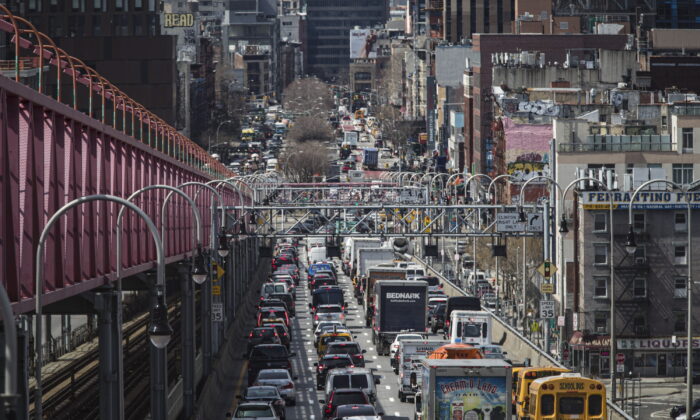 The National Transportation Safety Board (NTSB) said that all new vehicles need alcohol detection devices that can stop motorists from driving while drunk.

The NTSB said it is urging the National Highway Traffic Safety Administration (NHTSA) to implement “measures leveraging new in-vehicle technologies that can limit or prohibit impaired drivers from operating their vehicles as well as technologies to prevent speeding.”

If such a rule were mandated, it would require “passive vehicle-integrated alcohol impairment detection systems, advanced driver monitoring systems or a combination of the two that would be capable of preventing or limiting vehicle operation if it detects driver impairment by alcohol,” the NTSB said Tuesday. Then, it urged the NHTSA to “require all new vehicles to be equipped with such systems.”

A law that was enacted earlier in 2022 directs the NHTSA to examine whether such a rule can be implemented.

An investigation into a 2021 California crash that killed nine people, including seven children, prompted the NSTB to call for alcohol impairment detection systems to be mandated in all new vehicles.

​“Technology could’ve prevented this heartbreaking crash—just as it can prevent the tens of thousands of fatalities from impaired-driving and speeding-related crashes we see in the U.S. annually,” said NTSB Chair Jennifer Homendy on Tuesday. “We need to implement the technologies we have right here, right now to save lives.”​

The NHTSA also said this week that roadway deaths in the United States are at crisis levels. Nearly 43,000 people were killed last year, the greatest number in 16 years.

The Democrat-touted infrastructure bill that was passed in Congress last year (pdf) requires the NHTSA to issue a rule about requiring “passenger motor vehicles manufactured after the effective date of that standard to be equipped with advanced drunk and impaired driving prevention technology.” If the rule is implemented, the law said that the agency has to issue it by November 2024 and would give car manufacturers up to three years to comply.

The agency can seek an extension. The legislation doesn’t specify the technology, only that it must “passively monitor” a driver to determine if they are impaired.

“There are a lot of ways that safety can be improved that don’t involve invading people’s privacy. Keeping the data in the vehicle would help address that,” Stanley said. “I hope the regulators recognize the seriousness of this issue and don’t mess around with how the information collected is managed by the automakers.”