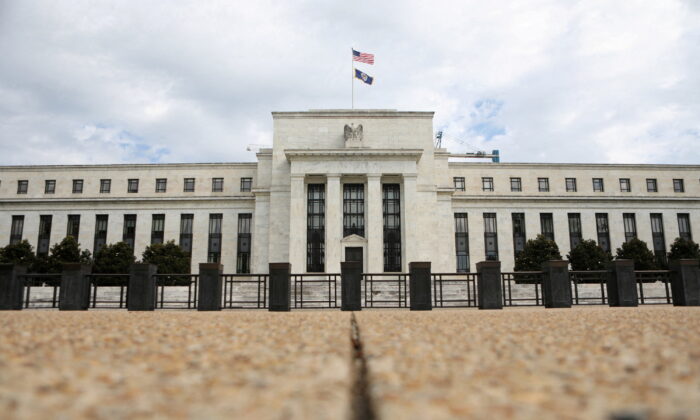 The Federal Reserve building is pictured in Washington on Aug. 22, 2018. (Chris Wattie/Reuters)
Markets

Fed to Stay Focused on Inflation, Markets Will Be Volatile: UBS Global Wealth

MUMBAI—The U.S. Federal Reserve will not back away from “talking tough” on the markets until there is significant progress on inflation, which will perpetuate volatility into mid-2023, UBS Global Wealth Management’s chief investment officer said on Monday.

Mark Haefele told the Reuters Global Markets Forum he saw the S&P 500 ending the year at 3,900 points and around 4,200 by next summer, compared to its current 4,057 level.

Chair Jerome Powell said on Friday the Fed would raise rates as high as needed to restrict growth and keep them there “for some time” to bring down inflation running well above its 2 percent target.

Haefele expected the Fed to hike an additional 100 basis points this year, but did not see major recession in the United States.

“We do think that inflation is going to start to come down,” said Haefele, who runs investment strategy for the world’s largest wealth manager with $2.8 trillion in assets.

Fed funds futures priced in as high as a 73 percent chance it will hike by 75 bps and see rates peaking at 3.75 percent to 4.0 percent.

“(Value) is one area where we would be more focused,” he said, adding that many of these opportunities were outside the U.S.

Even as Haefele expected Europe to enter a recession, for which equity markets were already priced, he said there were pockets of value in consumer staples and some defensive sectors such as healthcare.

While not currently “overweight” on emerging markets (EM), Haefele expected EMs to become attractive once the Fed pivots on policy.

“We’re very focused on when there is a catalyst because many EM stocks are much cheaper than U.S. stocks,” he said. “And so over the longer term, prospects for EM, both in terms of valuation (and) growth rates make it very attractive.”