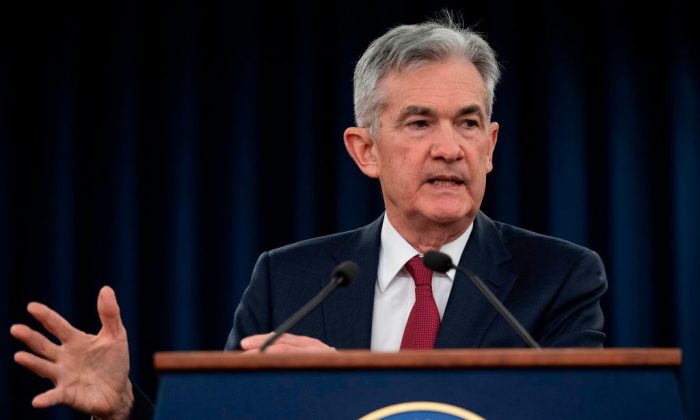 The move, which was broadly expected, puts the federal funds rate at a range of 2.25 percent to 2.50 percent. It’s the fourth increase this year and the ninth since the central bank started inching rates up from nearly zero percent three years ago.

Despite a softer tone on next year, the Fed failed to signal that it was easing off its tighter policy approach as much as markets had expected. Hence, the bond yields fell and the stock market crashed after the Fed’s announcement. Both Dow Jones and the S&P 500 closed nearly 1.5 percent lower.

The Fed’s decision has a ripple effect on the borrowing costs for consumers and businesses. It affects national debt, homes sales, auto sales, consumer spending, business profits as well as the stock market.

Trump has repeatedly criticized the Fed, blaming the central bank for raising the rates too fast and causing stock market turmoil. Trump issued two warnings this week again asking the board to “feel the market” before making its decision.

“Political considerations have played no role whatsoever in discussions or decisions about monetary policy,” said Federal Reserve Chairman Jerome Powell in response to Trump’s warnings during a press conference.

During the 2008 financial crisis, the Fed cut interest rates to near zero to help stimulate the economy. In 2015, after seeing the signs of economic recovery, the central bank put an end to its quantitative easing stimulus program. Since then, policymakers have been tightening monetary policy by gradually raising short-term interest rates.

According to the policy statement by the Federal Open Market Committee (FOMC), the labor market has continued to strengthen and economic activity has been rising at a strong rate.

“Job gains have been strong, on average, in recent months, and the unemployment rate has remained low. Household spending has continued to grow strongly,” said the statement that also warned about the moderation in business investment growth.

Despite the strong economic environment, Powell said there are “developments that may signal some softening relative to what we were expecting a few months ago.”

“Growth in other economies around the world has moderated somewhat over the course of 2018 albeit still solid levels. At the same time, financial market volatility has increased over the past couple of months and overall financial conditions have tightened,” he said. These changes since September have become less supportive of economic growth, he added.

However, these developments have not significantly changed the outlook; FOMC officials have modestly reduced their growth and inflation forecasts.

According to the new estimates, economic growth will be 3.0 percent in 2018, a downward revision from the 3.1 percent projected in September. And growth is expected to decelerate to 2.3 percent next year.

Meanwhile, the Fed’s headline inflation projection for this year and next year edged down to 1.9 percent.

“Inflation has remained low and stable and is ending the year a bit more subdued than most had expected,” Powell said.

Powell addressed concerns about stock market volatility saying that recent selloff has no impact on the economy.

“What matters for the broader economy is material changes in a broader range of financial conditions that are sustained for a period of time,” he said, adding that some volatility would not leave a mark on the economy.

Ahead of the announcement, Trump doubled-down on his Fed criticism. In his most recent tweet, Trump asked the Fed officials to avoid “another mistake.”

“I hope the people over at the Fed will read today’s Wall Street Journal Editorial before they make yet another mistake,” Trump wrote on Dec. 18. “Also, don’t let the market become any more illiquid than it already is. Stop with the 50 B’s. Feel the market, don’t just go by meaningless numbers. Good luck!”

According to the Wall Street Journal article, “economic and financial signals” did not justify raising rates. And with the “50 B’s” Trump was referring to the Fed’s asset reduction policy. In October of 2017, the central bank began slimming-down its balance sheet, allowing a growing amount of maturing securities to roll off monthly without reinvesting the proceeds.

Powell said the Fed was content with the program to reduce its balance sheet and had no plans to change the pace of asset reduction.