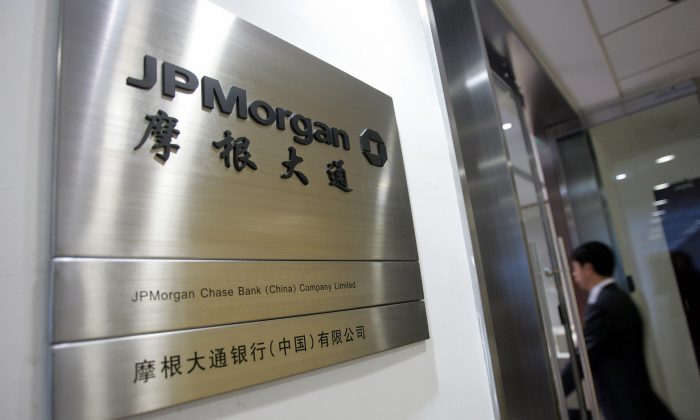 WASHINGTON—The U.S. Federal Reserve said on Feb. 21 it was barring former JPMorgan Chase & Co Managing Director Timothy Fletcher from the industry for life over his role in a China hiring program for which the bank was fined $264 million in 2016.

The Fed alleged that Fletcher had “improperly administered” the program to hire relatives of Chinese officials “in order to obtain improper business advantages for the firm.” The Fed said Fletcher consented to the prohibition.

Fletcher, who had worked at JPMorgan’s Hong Kong unit, could not could immediately be reached for comment.

In 2016, the bank agreed to pay a total of $264 million to the U.S. Securities and Exchange Commission (SEC), the Justice Department and the Fed, and to resolve the allegations its hiring program had violated the U.S. Foreign Corrupt Practices Act (FCPA). The FCPA bars U.S. corporations from engaging in bribery overseas.

The Fed said on Thursday that Fletcher had “engaged in unsafe and unsound practices, breaches of fiduciary duty, and violations of law.”

The regulator said it was also requiring Fletcher to cooperate in any pending or potential enforcement action against other individuals who are or were affiliated with the firm.

In recent years, global banks have come under fire for hiring candidates based on their relationships with foreign government officials. Companies have hired children, or “princelings” of local politicians or heads of state-owned enterprises in hope of winning business, mostly in China.

JPMorgan is not the only international firm employing this strategy. Goldman Sachs Group Inc., Citigroup Inc., Morgan Stanley, Deutsche Bank AG, and Credit Suisse Goup AG all faced similar probes at one point regarding their hiring in China.

The regulators interpret the hiring of princelings to be bribing Chinese officials in order to directly curry favors and win business.

According to a report by The Epoch Times, JPMorgan ran a well-orchestrated program internally named “Sons and Daughters.” The plan was documented and recorded within memos and tracked on spreadsheets, with the specific goal of winning new business through the princelings.