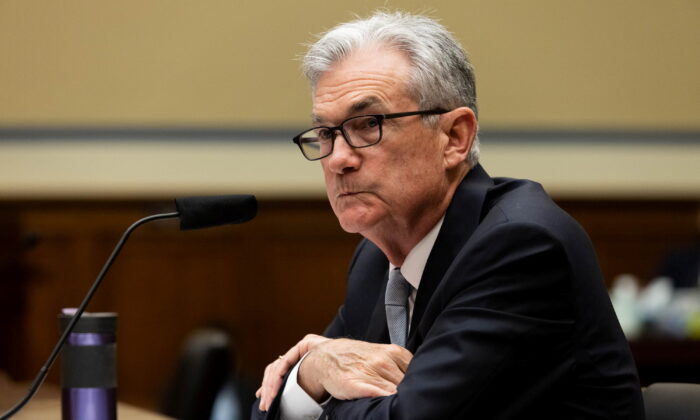 WASHINGTON—The Federal Reserve is expected to clear the way on Wednesday for reductions to its monthly asset purchases later this year and show in updated projections whether higher-than-expected inflation or a resurgent coronavirus pandemic is weighing more on the economic outlook.

Fed policymakers, who are wrapping up their latest two-day meeting, have been handed a conflicting set of developments since late July—signs of a slowdown in the service sector, a COVID-19 surge that has eclipsed that of last summer and weak job growth in August, all alongside still strong inflation—and been conflicted among themselves about how to react.

Officials have for the most part said the economic recovery will continue and allow the U.S. central bank to proceed with plans to reduce its $120 billion in monthly purchases of Treasuries and mortgage-backed securities by the end of 2021, and wind them down fully over the first half of next year.

But forecasters and outside analysts expect the Fed to hedge on exactly when the “taper” might begin, and tie it to a rebound in job growth following the disconcertingly tepid report in August, when only 235,000 jobs were created.

The Fed is due to release its latest policy statement and economic projections at 2 p.m. EDT (1800 GMT), with Fed Chair Jerome Powell holding a news conference half an hour later to discuss the outcome.

The statement will likely acknowledge that the economy has taken another step towards the “substantial further progress” the Fed has said it wants to see in the labor market before reducing its bond purchases, Jefferies economists Aneta Markowska and Thomas Simons said in an analysis. While August job growth was disappointing, U.S. nonfarm payrolls swelled by just over 1 million in July and have increased an average 716,000 since May.

Still, high-frequency data and alternate employment indicators have hinted that upcoming jobs gains may disappoint as well, and the Jefferies analysts said the first actual reduction in asset purchases will likely be “conditional on a solid September employment gain.”

The U.S. job market remains about 5.3 million positions short of where it was before the pandemic.

More then 60 percent of economists who responded to a Reuters poll said they expected the tapering of the bond purchases to begin in December.

Fed officials, however, may decide they need more time to assess the risk from a handful of evolving issues before deciding to push ahead with the reduction in the bond-buying program. Financial markets have been roiled in the last week by concerns about spillover effects from the potential collapse of a large Chinese property developer, China Evergrande Group, and the S&P 500 index kicked off the week with its largest daily loss in four months.

Meanwhile, U.S. lawmakers appear no closer to resolving a partisan standoff in Congress over lifting the federal debt ceiling, with the potential for a partial shutdown of the federal government rising by the day.

When the bond-buying taper does come, it will mark the start of a shift away from the measures put in place in March 2020 to help the economy through the pandemic, and towards more normal monetary policies that will eventually include higher interest rates.

Powell, who is likely to learn before the Fed’s Nov. 2–3 policy meeting whether President Joe Biden wants to nominate him for a second term as head of the central bank, has emphasized in several high-profile speeches, including at a Kansas City Fed research conference last month, that the eventual start of the bond-buying taper is unrelated to the debate over interest rates. It is a point he is likely to reiterate on Wednesday.

Policymakers’ new economic and interest rate projections, however, will provide some sense of how fast rate hikes may follow the taper, and in particular whether a bout of high inflation has officials penciling in an initial increase for next year.

The Fed’s preferred measure of inflation as of July was about 4.2 percent on an annualized basis. That is double the central bank’s 2 percent target and enough in the minds of some officials to meet the central bank’s new promise to let inflation run moderately above that target for a while to be sure it is reached on average, a precursor to raising rates.

Leaning in the other direction: The surge of COVID-19 infections driven by the Delta variant of the coronavirus.

Since June, when the Fed noted the positive impact of COVID-19 vaccinations and said the economy’s performance appeared to be separating from the pandemic, the seven-day average of new daily infections had ballooned five-fold to 66,000 by the central bank’s July 27–28 meeting. It has roughly doubled again since then.

Some measures of service activity have dipped, prompting forecasters to mark down their outlooks for economic growth this year.