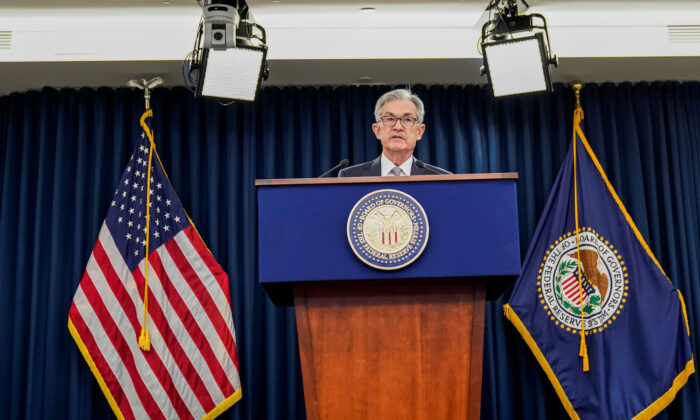 “Our economic outlook remains a favorable one, despite global developments and ongoing risks,” Fed Chair Jerome Powell said in a news conference following the Fed’s decision to leave its benchmark overnight lending rate in its current target range between 1.50 percent and 1.75 percent.

“We believe monetary policy is well-positioned to serve the American people by supporting continued economic growth, a strong job market and inflation near our 2 percent goal,” Powell said.

New economic projections released by the Fed showed a solid majority of 13 of 17 policymakers foresee no change in interest rates until at least 2021. The other four saw a single rate hike next year.

No policymakers suggested lower rates would be appropriate next year, a sign the Fed feels it has engineered a “soft landing” after a volatile year in which recession risks rose, the U.S. bond yield curve inverted, and trade policy disrupted markets.

And given that inflation is lower than the Fed wants despite unemployment near a 50-year low, the handful of policymakers expecting higher rates may find it a hard sell.

Overall, policymakers see the unemployment rate, currently 3.5 percent, staying below their estimate of a sustainable level in the long run for another three years, even as most expect inflation by then to end up at, or just a little above, the 2 percent target, the new projections showed.

“I think we’ve learned that unemployment can remain at quite low levels for an extended period of time without unwarranted upward pressure on inflation,” Powell said.

Compared to the 1990s, he said, when the Fed cut rates as an insurance policy against a recession and then raised them again to prevent a tight labor market from fueling unwanted price rises, today “the need for rate increases is less.”

Indeed, the projections also showed policymakers as a group expect interest rates to remain accommodative—that is, below the 2.5 percent they estimate neither stimulates nor restricts economic growth—through at least 2022.

Stocks rallied modestly after the decision, which had been widely anticipated by investors. The benchmark S&P 500  index, which was largely flat when the Fed announced its policy decision, closed up about 0.3 percent.

Yields on U.S. Treasury securities fell in afternoon trading, with the 10-year note last yielding 1.79 percent. The dollar slid to a four-month low against a basket of major trading partner currencies.

There were no dissents to the policy statement, the first without opposition since the April 30-May 1 meeting.

After the Fed’s October policy meeting, Powell said it would take a “material” change in the economic outlook for the central bank to change rates again, language he repeated on Wednesday, but didn’t elaborate on. The Fed cut rates three times this year, including in October, “strong measures” that Powell said will take some time to fully show up in the economy.

“It’s ‘steady as she goes’ from the Fed today–the statement provided little groundbreaking news on the path of monetary policy,” Jason Pride, chief investment officer of private wealth at Glenmede Trust Co, said in a statement.

“The prevailing message out of today’s meeting is that the Fed remains on hold, barring any material upside surprises for inflation,” Pride said.

The quarterly economic projections released on Wednesday showed little change from those in September, as policymakers sketched out an economy they feel has skirted recession risks and is poised to grow close to trend for several years more.

A reference in the October policy statement to “uncertainties” about the economic outlook was dropped on Wednesday.

U.S. gross domestic product at the median is projected to grow 2 percent next year and 1.9 percent in 2021.

Unemployment is seen staying at its current level of 3.5 percent through next year, rising to 3.6 percent in 2021. In a demonstration of the disconnect between that low level of unemployment and inflation, the pace of prices increases is expected to rise only to 1.9 percent next year.

By Howard Schneider and Lindsay Dunsmuir