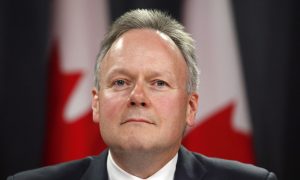 The Fed left rates unchanged at 0 to 0.25 percent, as nearly everybody expected, but is keeping its options open for September’s meeting—a meeting that could herald the first rate hike in nine years.

In a relatively unchanged statement from June, the Federal Open Market Committee (FOMC) upgraded its assessment of the labour market. It described the job gains and declining unemployment as “solid” and noted that “a range of labour market indicators suggests that underutilization of labour resources has diminished since early this year.”

The FOMC also feels that the improvement needed in the labour market to raise rates is lesser than it was in June.

The counterpoint to the labour market is inflation. After saying that inflation is still running below the 2 percent target, what was stricken from the June statement was “energy prices appear to have stabilized.”

Underutilization of labour resources has diminished since early this year.
— FOMC

The recent fall in oil prices, by approximately US$8 in July for West Texas Intermediate, is one factor that dampened inflation earlier in the year, but is still believed to be “transitory.” It remains to be seen how inflation behaves between now and September given the gyrations in the Chinese stock market and the hit to commodity prices, and the strong U.S. currency.

September Still on the Table

This Fed meeting was really about September—is that the right time to start hiking rates? That comes down to how it sees growth, inflation, and labour.

Trend job growth in the U.S. has been steady and positive. The unemployment rate fell to 5.3 percent in June. Should the data-dependent Fed, which is taking things meeting to meeting, see better wage growth in the next couple of jobs reports, a September hike looks increasingly likely.

The Fed’s preferred measure of inflation, the personal consumption expenditure (PCE) price index, is slightly below 1.5 percent, but Fed projections see a decent rise in 2016 to get closer to the 2 percent target.

Fed Keen on Raising Rates, Albeit Slowly
A July 28 CNBC survey of 35 of the U.S.’s top money managers, economists, and investment strategists showed 82 percent believe that the Fed will raise rates in 2015. And if the Fed doesn’t hike in 2015, 59 percent believe it will be due to declining inflation.

North of the Border

The last time the Fed raised rates was back in 2006. And given this, a lot of attention is focused on the timing of the first rate hike. But what is more important is that, while the Fed wants to begin a process of normalization in interest rates, monetary policy will be “highly accommodative for quite some time after the initial rate hike,” Yellen said in her June press conference.

For the loonie, the path of least resistance seems lower. The divergence in monetary policy between the Fed and Bank of Canada really stems from economic growth as the labour and inflation situations in the two countries are fairly similar.

The loonie weakened from US$0.776 to US$0.7725, stock markets moved higher and bond yields edged a touch lower after the release of the Fed statement.

Let the anticipation build for September 17.