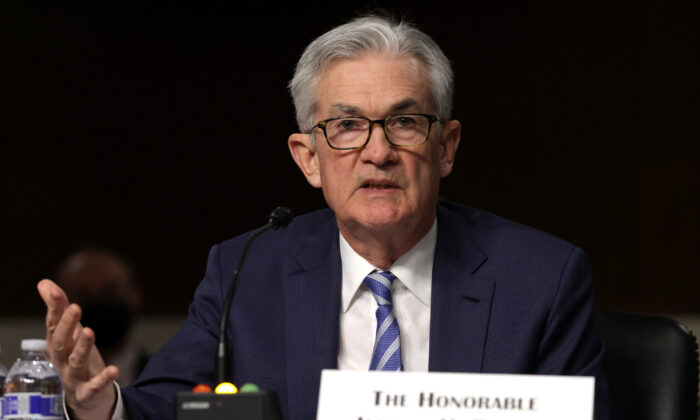 Safe policy choices will only last a few months longer

At last, Fed Chairman Jerome Powell has given up on the “inflation is transitory” claim. Policymakers accordingly have acted. They plan in the coming months to taper down the size of direct bond purchases, what the Fed calls “quantitative easing.” They also contemplate three small interest rate increases. That should be sufficient if the whole cause of inflation is supply chain problems. If, however, the inflation has more fundamental roots, more aggressive steps sooner will be necessary.

The Fed, clearly, sits on the horns of a dilemma.

The recent policy change was easy. With the economy clearly recovering, the special monetary support instituted in 2020 is no longer necessary. Policy has made just such adjustments in the past. For instance, the approach to recovery from the great recession of 2008–09 prompted the Fed to “normalize” policy, to use its word—taper its quantitative easing program and gradually raise interest rates from near zero. That “normalization” continued in small steps until 2019. Rerunning this strategy now would be entirely appropriate even if inflation was not a concern.

But such easy policy choices will end quickly. By spring at the latest, policymakers will have to decide whether inflationary pressures are more fundamental and lasting. In such a case, they will need to act much more aggressively or run the risk that the inflation will embed itself into people’s expectations—raising wage demands in anticipation of a rising cost of living, creating aggressive pricing policies among businesses, inducing stockpiling to get ahead of expected cost increases, and the like.

Should this happen, inflation will acquire a self-sustaining momentum that will do considerable economic damage and take a long effort to reverse. But Fed decision-makers also know that if they move too aggressively and inflation really is just a matter of supply chain problems, they run the risk of precipitating recession to little purpose. There is no middle way. Powell and his Fed colleagues will have to decide—and before there are any assurances.

There’s weight on both sides of this dilemma. Supply chain problems have surely contributed to inflation. Reinforcing the idea that price pressures reflect this acute but transitory matter is how suddenly they have developed in an economy that for a long time has been all but inflation-free. But the chairman and his team are also aware of greater inflationary potentials. They can see the huge government deficits that have persisted for years and a flood of Fed-created liquidity that has accompanied them.

During this time, the Fed has kept interest rates inordinately low and bought bonds freely, more than $3 trillion in new Treasury issues in just the past 12 to 18 months. Economic theory and history warn that this behavior is inflationary. Policymakers also know that wage costs in China, and elsewhere in Asia, are rising and taking from the economy the flows of inexpensive imports that have helped check inflation in past years.

As indicated, huge risks lie in mistaking the cause of inflation. If the price pressures are only a supply chain matter, the Fed needs to go slowly and with restraint, or else it risks a recession. But if inflation has deeper, more fundamental roots, too gradualist a policy risks allowing the inflation to embed itself in people’s thinking and practice, causing lasting economic harm.

Since it’s highly doubtful that policymakers will receive any assurances before they need to act, they should now set two clear standards. First, they must decide what information will convince them whether inflation is, or is not, fundamental. Second, they must decide, among themselves if not publicly, what policy they will follow once they’ve made that judgment, and in the absence of assurances, it will be a judgment call.

No plan ever works perfectly, but setting such standards is the only way policymakers can resist an emotionalism on one hand that might lead to panic and too much restraint, and wishful thinking on the other that might induce delay and allow a fundamental inflation to take hold of people’s expectations and practices.

To be sure, there will be room for mid-course corrections. There always are. But still, Powell and his team are rapidly running out of maneuvering room. They will need to make a risky judgment call. Contemplating this dilemma, Powell no doubt wonders why he ever sought reappointment.