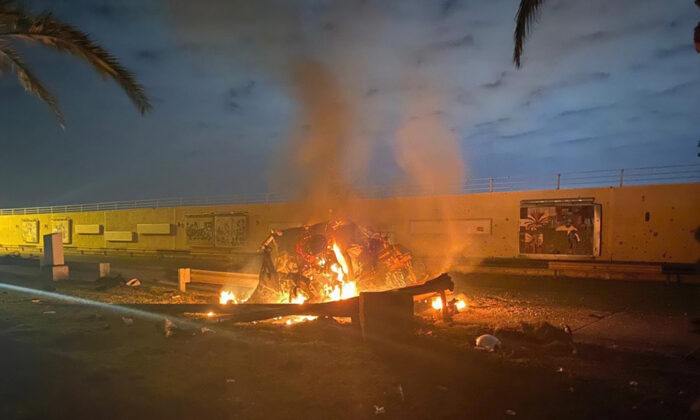 The U.S. Selective Service, the agency that maintains information on Americans who are subject to military conscription, said that its website crashed over the weekend following the spread of false information about a draft.

“Due to the spread of misinformation, our website is experiencing high traffic volumes at this time,” the Selective Service wrote on Twitter. “If you are attempting to register or verify registration, please check back later today as we are working to resolve this issue. We appreciate your patience.”

In the wake of the United States attack that killed Iranian Gen. Qassem Soleimani, who was in charge of the shadowy Quds Force intelligence agency, the hashtag #WorldWarIII trended on Twitter for much of Friday and Saturday.  At the same time, there were fears expressed by social media users that a military draft could be initiated amid escalating rhetoric between the United States and Iran.

The Selective Service didn’t elaborate on the details of the misinformation that was spread.

The Selective Service System is conducting business as usual. In the event that a national emergency necessitates a draft, Congress and the President would need to pass official legislation to authorize a draft. pic.twitter.com/M4tY2dLoX1

The draft was abolished in 1973 amid the Vietnam War. However, males who are aged 18 and older still register for the possibility of conscription in the military.

“We post daily to social media as part of our mission to inform men about their requirement to register and let others know about the opportunity to serve as a local board member, along with other pertinent information,” the Selective Service also wrote Friday.

According to the agency’s website, in the event of a military emergency, Congress would have to pass a bill, and the president would have to sign legislation to reinitiate the draft.

Iranian politicians and military leaders have vowed revenge after the Quds Force commander’s death in Iraq. On Sunday, during an emergency session, Iraqi members of Parliament passed a resolution to expel United States forces from the country in the wake of Soleimani’s death.

On the same day, Iran announced it will no longer adhere to limitations set during the 2015 deal that President Trump has often criticized.

“The Islamic Republic of Iran will end its final limitations in the nuclear deal, meaning the limitation in the number of centrifuges,” the statement reads. “Therefore, Iran’s nuclear program will have no limitations in production, including enrichment capacity and percentage and number of enriched uranium and research and expansion.”