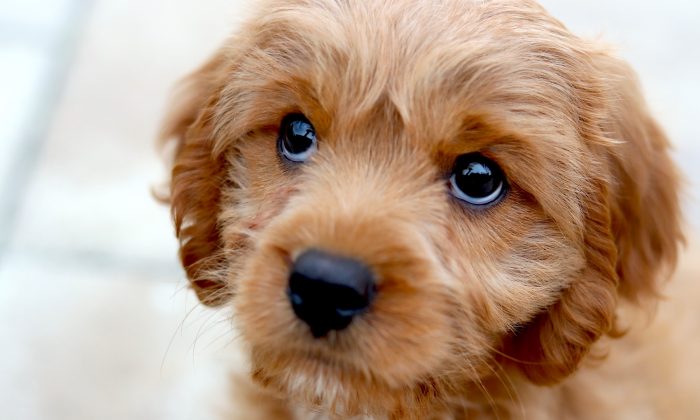 Photo of a dog. (miaanderson/Unsplash)
US News

FDA Warns Your Dog Can Die From Xylitol—Popular Sweetener Found in Food, Chewing Gum, and More

The federal government is warning dog owners that the common sweetener, xylitol, that’s used in place of sugar in foods and products can have “devastating effects” or even be deadly to dogs.

The Food and Drug Administration (FDA) on July 9 stressed that dog owners must immediately contact their vet, emergency clinic, or animal poison control center if their dog has ingested xylitol.

In its announcement, the FDA warned how dogs can find themselves inadvertently ingesting the potentially deadly sugar substitute.

“Your six-month-old puppy, Hoover, will eat anything that isn’t tied down,” the announcement stated. “Like many dog owners, you know chocolate can be dangerous to your pooch. But you may not know that if Hoover sticks his nose in your handbag and eats a pack of sugarless chewing gum, the consequences could be deadly.”

The federal agency goes on to say that they’ve received reports of dogs being poisoned by xylitol, and while many cases had to do with xylitol in chewing gum, the most recent case was related to sugar-free ice cream.

Xylitol is dangerous to dogs but not people because we respond differently to the sweetener.

The spike in insulin can cause a “rapid and profound” decrease in sugar levels in the blood—also known as hypoglycemia—which, if not treated, can be deadly, the agency announced.

The effects of hypoglycemia can kick in within 10-60 minutes and can include vomiting as well as weakness, staggering, uncoordinated movements, collapse, and seizures.

In the FDA announcement, Dr. Martine Hartogensis, a vet with the agency, advised that if owners think their dog has ingested xylitol—even if symptoms have not shown—they should contact their vet or an animal hospital right away. This is because the affected dog may need to be medically monitored, as in some cases, the adverse effects may not manifest until 12 to 24 hours after they had injested the xylitol.

The agency advised dog owners to be vigilant in keeping the ingredient away from their pets.

“Check the label for xylitol in the ingredients of products, especially ones that advertise as sugar-free or low sugar. If a product does contain xylitol, make sure your pet can’t get to it,” Hartogensis said.

“Some dogs are adept at counter surfing,” the FDA pointed out, adding that dog owners should, therefore, keep toothpaste and other products that contain xylitol well out of reach.

Speaking of toothpaste, the FDA reminded owners to never use human toothpaste for their dogs—only pet toothpaste.

The same applies to peanut butter or other nut butter.

“If you give your dog nut butter as a treat or as a vehicle for pills, check the label first to make sure it doesn’t contain xylitol,” the agency announced.

Other pet owners are reassured that xylitol doesn’t seem to be as dangerous for other animals such as cats.

“Cats appear to be spared, at least in part, by their disdain for sweets,” noted the FDA. “Ferret owners, however, should be careful, as ferrets have been known to develop low blood sugar and seizures, like dogs, after eating products containing xylitol.”